Diving into ‘On Golden Pond’ 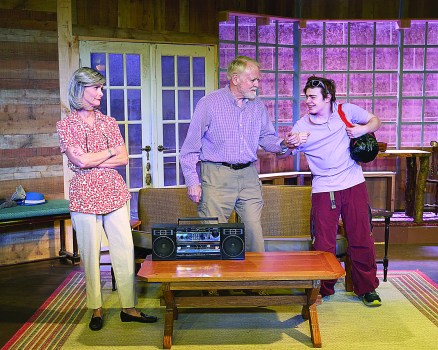 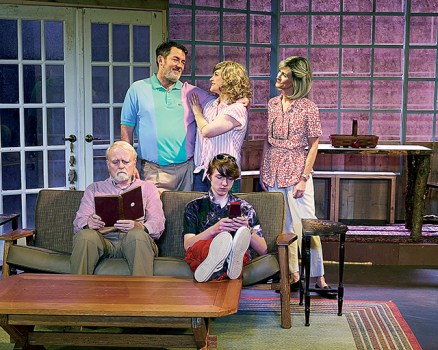 JONESBOROUGH — On a chilly January night in downtown Jonesborough, the sounds of a loon calling may be heard.

Crickets, too. And hopefully, the fish will be biting.

At the Jonesborough Repertory Theatre, it’s the early 1980s. Summertime. And soon, a gorgeous sunrise will usher in a new day at Golden Pond in rural Maine.

To begin the 2023 year, JRT will present the classic drama “On Golden Pond,” Jan. 20 – Feb. 5. Written by Ernest Thompson, the show will be performed on Thursday, Friday, and Saturday evenings at 7:30 p.m. with matinee performances on Saturdays and Sundays at 2 p.m.

The play needs little introduction. “On Golden Pond” opened on Broadway in 1979 starring Tom Aldredge and Frances Sternhagen in the title roles of Norman and Ethel Thayer. Two years later, it became a blockbuster film with Katherine Hepburn and Henry Fonda, who played opposite his real-life daughter, Jane Fonda. The curtain would later rise in 2005 with a Broadway revival featuring James Earl Jones and Leslie Uggams.

The show tells the story of Norman and Ethel Thayer, who for years have been spending their summers at their cottage on Golden Pond. As the show opens, the Thayers have just arrived for their 48th summer, and as they remove the dust covers from the furniture and discuss the months ahead, the conversation focuses on their daughter, Chelsea, who is estranged from Norman.

With Norman’s health appearing to decline, Chelsea decides to return to Golden Pond to visit her parents, and she brings along her new boyfriend, Bill, and his son, Billy Jr. Norman and Ethel decide to let Billy Jr. stay with them for a month while Chelsea and Bill travel in Europe.

“With plays, you pick apart every single line,” Smith said. “You dissect it, you reflect on the character’s intensions with the line, you examine motivation, and you explore different ways the line might be delivered. Maybe this way? Or would the character have put more emphasis on this part? So that is what we have been doing in rehearsals for the past two months — at the theater, our rehearsal space, and occasionally even in our living rooms with snacks and coffee.

“In doing so, we have gotten to know these characters very well,” he added. “They are real people, and they span three different generations ranging from age 13 to 80. They laugh. They hurt. They love, and each has a unique understanding of what family means.”

For Lura and Edmisten, who are playing the title roles of Ethel and Norman, there are hundreds of lines to dissect. Rarely do either ever leave the stage during the production, other than for quick costume changes between scenes. Both Norman and Ethel are complex characters, with lots to “unpack” for these two actors as they prepare for opening night.

“Being 77, myself, I can identify with some of Norman’s concerns, hopefully not to his extent,” said Lura, a longtime JRT volunteer who often helps with set building. “The biggest challenge: the lines!

“This is a great test for an aging brain. We’ll see how that turns out,” he said, laughing.

“I have taken a lot of my inspiration for my portrayal of Ethel from my own mother,” she said. “Not only has she always been a wonderful homemaker and supporter of my dad throughout their long marriage, I have also raided my mom’s closet for several of Ethel’s costume pieces. An honor to wear each of them in the show, I assure you!”

The setting of the show in the 1980s has been a fun aspect of the show, according to Smith.

“There are some great nods to that decade in the show, including Izod shirts, Panama Jack t-shirts, parachute pants, and a big boom box. And who remembers the hand-held electronic game, Merlin?”

Tickets are $18 general admission, $16 for students and seniors. There is also a special group rate for parties of 15 or more. To purchase tickets, call the Historic Jonesborough Visitors Center at 423-753-1010 or go online to jonesboroughtheatre.com. The theatre is located at 125.5 W. Main St., Jonesborough.

The show contains some strong language and adult themes. It is produced through special arrangement with Dramatists Play Service, Inc.