Photo by Brandon Hicks
Kaylynn Blosser made a detailed cake paying tribute to the pilgrims in “The Canterbury Tales,” featuring details like the Yeoman’s bow and quiver.

For many people, literature has long been a matter of taste, but students at Milligan College are giving a new meaning to the phrase “devouring a good book.”

Milligan College’s P.H. Welshimer Memorial Library is hosting the fourth Edible Books Contest Monday and today.
The contest has been held each year near the start of April to coincide with the International Edible Book Festival, and offers a full plate of literary classics mixed with classic pun and games.

Students were invited to submit their votes for the funniest or punniest, most creative and overall favorite. The edible book event is an international program designed to promote reading.

Milligan Research and Instructional Librarian Mary Jackson said the international program has been sponsored by numerous libraries and archives across the globe over the past several years.

Students, faculty, staff and their immediate family members were encouraged to enter the contest, which requires them to create a completely edible representation of a book.

“The only rule that we have is that their entry must be totally edible,” Jackson said. “We’ve had contestants enter everything from cookies to cakes.”

This year’s contestants were inspired by a wide range of different books, including Dr. Seuss, Geoffrey Chaucer’s “The Canterbury Tales,” Larry McMurtry’s “Lonesome Dove,” Stephen King’s “Under the Dome,” Mark Twain’s “The Adventures of Huckleberry Finn,” Ernest Hemingway’s “Farewell to Arms” and Shakespeare’s “Much Ado About Nothing” and “Othello.”

“Some of our contestants took a more conventional approach and created an edible book based on the cover, while others took more of a punny or funny approach,” Jackson noted.

She added that some of the entries were from students in this semester’s humanities class, who were to do a creative project detailing one of the subjects from class.

“They could do the project for class and enter it in this contest too,” she said.

One of the more traditional entries was a cake made by Milligan student Kaylynn Blosser of Seattle, Wash.

Blosser created a cake showing the progress of the pilgrims in Geoffrey Chaucer’s “The Canterbury Tales.” Blosser was also a humanities student, who had made the cake for her class project. Her edible book entry was a red velvet cake, covered in cream cheese frosting, with each of the 26 characters from the Canterbury Tales made from fondant.

“I really wanted to make something honoring ‘the Canterbury Tales’,” Blosser said.

Blosser said it took her around a day to make her Canterbury Tales cake.

“The Yeoman is my favorite,” she said about the characters. “He has a bow and his quiver. He has the most detail.”
Jackson made an entry with a punnier approach. Her entry featured armless gingerbread men, referencing the book “Farewell to Arms.”

Student Leah Thacker picked the “Cat in the Hat” cake as her favorite for the contest.

“I am going to be a teacher, so that one really speaks to me,” Thacker said.

Aubrey Wolsfeld, also a student at Milligan College, had a harder time narrowing the field down to a favorite.
“I love them all,” she said. “They are all so good.”

The entries were on display until 10 p.m. Monday. Students and the public were invited to vote on the entries, choosing the most creative, the funniest or the punniest and the favorite overall. Winners were given a gift card.

This morning, library staff and student workers were to vote on the tastiest entry. Jackson said that after the winners are announced, the rest of the Milligan College community will be invited in to have a taste of the book-themed creations.

“The contest is fun on a number of levels,” she said. “There is books. There is tasty food. There is nothing bad about this.” 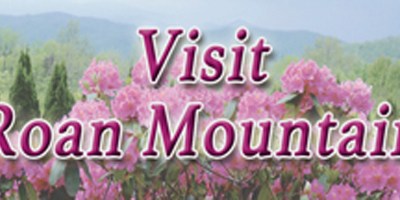