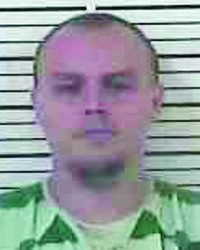 Most people choose to use a grocery basket when they go shopping, but city police say a customer at Food City opted to use his pants instead.
Michael Miller, 27, 64 Charleston Square, Johnson City, was arrested Thursday night and charged with public intoxication after drawing the attention of grocery employees.
Elizabethton Police Department officers responded to Food City shortly before 8 p.m. in reference to a report of an intoxicated man trying to shoplift a cake.
EPD officer Dustin Johnson wrote in the report that Sgt. Shane Darling had already made contact with Miller, who was described as having slurred speech, glassy bloodshot eyes and smelling of alcohol.
According to the report, a Food City assistant manager said he saw Miller – on the surveillance camera – place a single cake inside his pants to conceal it.
“(The manager) stated the cake then fell out of Mr. Miller’s pants and he (Miller) placed it back on the shelf,” Johnson wrote in the report.
The manager also told police that Miller had been drinking from a cup while inside the store. Officers were able to locate the cup which had a “brown liquid inside it consistent with the smell of beer.”
Miller was arrested and charged with public intoxication for “the safety of himself and the safety of the public,” Johnson wrote.
Miller is scheduled to appear in General Sessions Court on Sept. 8.