Report of attempted shoplifting turns into arrest in city burglary 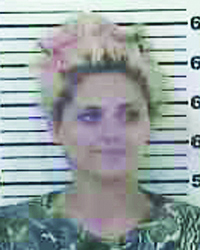 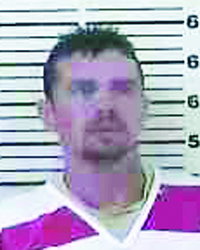 What began Monday as an investigation into an attempted shoplifting report, ended with the arrest of a Stoney Creek man and woman in connection with the burglary of a city residence.
Justin Adam Guess, 28, 127 Unaka Subdivision Road, was arrested by officers of the Elizabethton Police Department and charged with aggravated burglary, disorderly conduct, possession of drug paraphernalia and possession of a firearm by a convicted felon. Chelsea Denise Maupin, 26, 108 Kimberly Lane, was also arrested, and charged with aggravated burglary.
City officers encountered Maupin and Guess while responding to a report of shoplifting at the Cash 4 Gold business on Broad Street, according to a report by EPD Officer Kenneth Lowe. An employee of the store called 911, reporting that a male and female had been inside the business and had tried to steal a gold sample from behind a glass display, but had fled before officers arrived.
The employee gave police a description of the vehicle the pair had fled in. The female, identified as Maupin, had also left behind her identification card when she fled the building, Lowe said.
According to the report, officers found and stopped the vehicle the employee described and Guess was identified as the driver and Maupin as the passenger.
During the traffic stop, Lowe said, a hypodermic syringe and prescription medicine belonging to Maupin was found under the driver’s seat where Guess had been sitting. Guess was then charged with possession of drug paraphernalia and disorderly conduct.
As the investigation continued, officers found that the vehicle matched the description of a vehicle seen by witnesses at the site of a residential burglary the previous day.
The burglary occurred at a home on Florence Street, according to police reports, where a glass door was broken during the burglary.
EPD Detective Joe Harrah said in his report officers spoke with Guess and Maupin regarding the burglary, and both admitted being at the residence where the break-in happened on the day of the incident.
“(I) advised both Guess and Maupin of their rights to an attorney and Maupin stated that Guess had broken the door. She stated he had gone around the back and came back and had two screwdrivers in his pockets and stated he had hurt his fingers,” Harrah said. “Guess stated that Maupin had attempted to enter the back glass door with a screwdriver and broke the door. He stated she had told him that they could get pills because the victim was elderly.”
Maupin and Guess were then charged with aggravated burglary.
Harrah wrote in his report that officers searching the vehicle driven by Guess also found a single-shot 20-gauge shotgun beside the driver’s seat.
“A criminal history revealed Justin Guess to be a convicted felon,” Harrah said, adding Guess had two prior convictions for aggravated burglary as well as a conviction for attempted aggravated kidnapping. Guess was charged with possession of a firearm by a convicted felon.
Guess is being held at the Carter County Detention Center under a $16,500 bond, and Maupin is being held under a $5,000 bond. Both are scheduled to appear in General Sessions Court on Sept. 9.

Anthony Stout A Hampton man was arrested Tuesday after police conducted a “knock and talk” at the man’s home and... read more