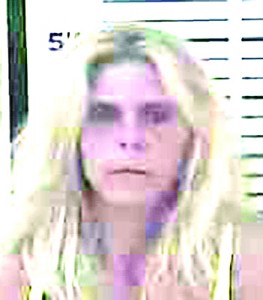 A Hampton woman was arrested and charged with her fourth drunken driving count after a wreck Friday.
Laura Largent, 46, 5117 Highway 19E, Hampton, was arrested on Friday by Elizabethton Police Department Cpl. Doug Combs and charged with fourth offense driving under the influence, simple possession/casual exchange, failure to exercise due care, violation of the open container law and violation of financial responsibility.
According to police reports, officers of the EPD responded to a report of a motor vehicle accident on North Lynn Avenue near the intersection with East Elk Avenue around 5:30 p.m. on Friday.
“Upon arrival, I observed a silver Saturn station wagon had struck the rear of a silver Chevrolet Cavalier near the traffic signal,” Combs said in his report, adding he spoke with Largent, who was identified as the driver of the Saturn. “Ms. Largent stated her brakes were bad and she was unable to stop before striking the stopped vehicle.
“While speaking with Ms. Largent, I noted she had slurred speech, slow movements and glassy eyes,” Combs added. “Ms. Largent also emitted an odor of alcohol about her person.”
Combs said Largent denied consuming any alcohol or narcotics but her performance on field sobriety tests was “consistent with that of a person under the influence.” A check of Largent’s driving record showed three prior charges for DUI, the officer added.
Largent was taken into custody by Combs and charged with fourth offense DUI.
According to the report by Combs, when an inventory of Largent’s vehicle was conducted before it was towed, officers found a prescription pill bottle without a label containing five pills identified as alprazolam on the floorboard of the vehicle and an open can of Mike’s Hard Lemonade, an alcoholic beverage, inside the glove box.