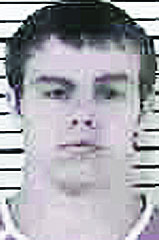 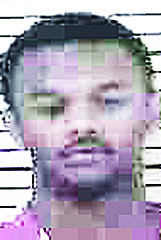 Two teens accused of killing 56-year-old Danny Vance now face more charges linked to what the county sheriff called a “crime spree” in Roan Mountain.
Anthony Lacy, 18, and Demetrice Cordell, 19, both of Roan Mountain, were arrested on July 4 by the Carter County Sheriff’s Department and each was charged with first degree murder, especially aggravated robbery, evading arrest and two counts of theft of property.
After their arrest, Carter County Sheriff Chris Mathes said more charges were pending as officers of his department continued to investigate what he called a “crime spree” in Roan Mountain during the late night hours of July 3 and into the early morning hours of July 4.
Both Lacy and Cordell are now also charged with three counts of burglary, three counts of theft of property, one count of theft of property over $500 and one count of theft of property over $1,000.
The theft of property over $1,000 charge stems from an incident where a resident reported a gold 1997 Chevrolet Silverado pickup truck had been stolen from his driveway. The truck was found at another location, where it had been abandoned.
“While being questioned, both (Lacy and Cordell) said that they had been together all evening,” said CCSD Sgt. Travis Ludlow in a warrant charging the two men with the theft of the truck. “Anthony Lacy denied taking the truck, and Demetrice stated that they had stolen it and used it to get to (another resident’s) property where they abandoned it.”
Lacy and Cordell were charged with theft of property over $500 in connection with the report of a theft of a four-wheeler, which was later found over an embankment on Old Railroad Grade Road near Ingram Branch Road.
The two men face three counts of burglary and three counts of property after police said three vehicles were broken into and items were taken from them. Two of the vehicles were found on Pine Trail Ridge Lane; the third was located on Heaton Creek Road.
In arrest warrants for the two men, Ludlow said items that the two had in their possession at the time of their arrest, as well as items recovered from Lacy’s home, linked the pair to the auto burglaries.
Both Lacy and Cordell are still being held in the Carter County Detention Center and are scheduled to appear in Carter County General Sessions Court on Sept. 9.

A Hampton woman was arrested and charged with her fourth drunken driving count after a wreck Friday. Laura Largent, 46,... read more