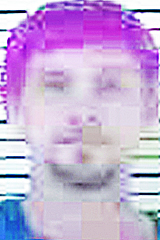 A Nashville man is facing multiple charges after police said he assaulted an Elizabethton Police Department officer in an attempt to escape an outstanding warrant for his arrest.
Derrick Lane Coakley, 25, Nashville, was arrested Sunday by EPD Capt. Anthony Buck and charged with resisting arrest, vandalism and assault.
According to the arrest report, Buck was told to be on the lookout for a wanted subject who would possibly come to Bojangles in Elizabethton. The subject was described as a white man with pink hair in a white Ford Mustang.
According to the report, Coakley was wanted out of Antioch, Tenn., accused of violation of sex offender registration second offense.
At around 4:44 p.m., Buck saw a man with pink hair get out of a white Ford Mustang and enter the Elizabethton Bojangles. Buck said he parked behind the Mustang and went into the restaurant to confirm the man’s identity.
While Buck was checking Coakley’s identity with the National Crime Information Center, the officer said Coakley stood twice after Buck asked him to remain seated.
“I asked him to sit down twice as he appeared to be nervous,” Buck wrote. “At this time, I reached to grab him in order to handcuff him for my safety. At this time, he shoved (Buck) down and broke his glasses.”
Buck wrote he was able to grab Coakley’s shirt when Coakley allegedly took a swing at the officer “in order for him to escape.” Buck wrote Coakley then ran from the restaurant and was apprehended by Sgt. Matt Croy.
NCIC confirmed that Coakley was wanted out of Nashville. He was arrested and transported to the Carter County Jail. He is scheduled to be in General Sessions Court on Sept. 23.

A report that a truck was missing led to theft charges against one man – and the arrest on a... read more