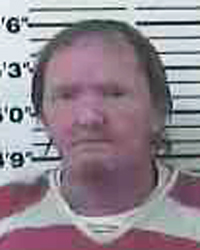 Authorities say an attempt to serve a routine warrant uncovered methamphetamine-related materials and resulted in a new drug charge against a man.
Carter County Sheriff’s Department Deputy Mark McClain went to 249 McKinney Hollow Road, Roan Mountain, to serve two warrants charging Danny Holtsclaw, who lives at that address, with violation of probation.
McClain said after making contact with Holtsclaw, he consented to a search of the property.
“During the search, methamphetamine-related materials were found in and around his house,” McClain wrote in the report.
Holtsclaw was arrested on the two warrants, and CCSD Sgt. Harmon Duncan and the Methamphetamine Task Force responded to the property to clean up the materials.
On Tuesday, Holtsclaw was served with an additional warrant charging him with initiation of process to manufacture methamphetamine.
These charges are not the first meth-related charges for Holtsclaw. On June 23, Holtsclaw pleaded guilty in Carter County Criminal Court to promotion of meth manufacture and was ordered to serve eight years Alternative Community Corrections Program, or house arrest, and was placed on bond monitoring.
According to the warrant for the latest charges, on June 25, Duncan was contacted by a witness who reported seeing Holtsclaw on his property on June 24 “shaking a bottle.”
Duncan wrote in the warrant he visited the address but no one was home. He then notified ACCP and a drug screen was conducted which was reported to test positive for meth, resulting in a violation of probation charge against Holtsclaw, which is what the original warrant was for that prompted the most recent visit to the home.
He was scheduled to report to the Carter County Jail on July 25 to serve a four-month term, but failed to report for the sentence.