Stoney Creek man charged with assaulting woman and her daughter 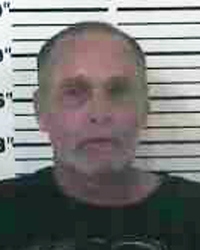 A Stoney Creek man was arrested Monday after police investigated reports that a woman and her daughter had been assaulted.
Richard Levesque, 55, of Bishop Hollow Road, was arrested Monday night by Carter County Sheriff’s Department Deputy Christopher Reichenbach and charged with two counts of domestic assault.
According to a police report by Reichenbach, officers were dispatched to a home on Bishop Hollow Road after receiving a complaint of a domestic altercation at the residence. When they arrived, Reichenbach said officers spoke to a woman and her 17-year-old daughter who both said they had been assaulted by Levesque.
“(The woman) stated her boyfriend, Richard Levesque, made a threat to cut her daughter’s throat,” Reichenbach said, adding the woman reported she confronted Levesque about the threat and an argument began.
“(The daughter) heard the argument and came from a shed in the yard and went to pepper spray Mr. Levesque,” Reichenbach said, adding when the daughter noticed the pepper spray was empty she threw the can at Levesque.
Reichenbach said the women reported Levesque then began assaulting the daughter and that when the woman tried to defend her daughter, he assaulted the woman as well. The officer noted in the report both females had “red marks” on their person that he said “appeared to be caused from the assault.”
Levesque was charged with two counts of domestic assault. He was transported to the Carter County Detention Center, where he is being held on an $8,000 bond. He is scheduled to appear in General Sessions Court on Oct. 10.