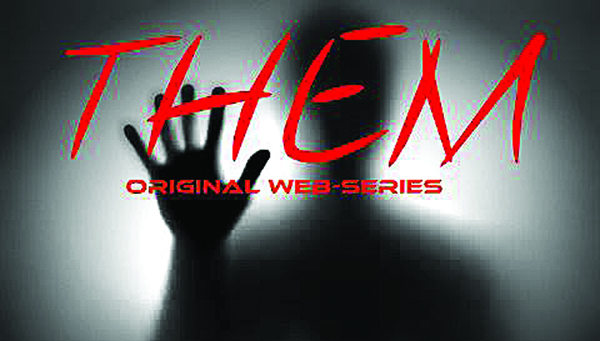 The red carpet experience is coming to Elizabethton.
But if you go, watch out for “Them.”
Dalton Stout is hosting the premier for his new science fiction Web series “Them” at the Pine Room at Franklin Fitness Center on Sept. 5 from 7 to 11 p.m. Stout described the event as formal, red-carpet style that will feature limousines, music, guest stars and an appearance by the series cast.
Stout said “Them” is a science-fiction series that was filmed in the Tri-Cities, western North Carolina and other surrounding states. Local shooting spots include Elizabethton, specifically in the Lynn Valley community. Portions of the show were also filmed in Unicoi and Bluff City.
The series is set in the fictional Tennessee town of Ridge Hills, where a meteor strike at a farm is followed by a series of violent abductions by an unknown force. Stout said that then, aliens begin to invade human bodies as hosts, as in “Invasion of the Body Snatchers.”
“It is hard to tell who is a human and who is an alien,” Stout said. “It is interesting.”
The series’ main characters Luke Ashton and Gerald Hicks find a flash drive that might have information on the strange events. In turn, the two are pursued by many people who want to get the flash drive.
Stout said he wrote the script in 2012 after he was buried in a casket in Erwin as a magic trick. He started production on the series in 2013 and now has a crew of almost 80 people working on “Them.”
“Them” is currently a Web-based show that can be viewed online through the website, www.themseries.com. Stout said he was in talks with some television networks that had interest in picking up the series.
Those attending the premier will get a first look at the series. The episode will not go live on the Internet until Sept. 9
Stout said four types of tickets are being sold. He said limo-exclusive VIP tickets are on sale for $20, and these passes allow attendees to ride in a limo with the stars and producers of the series to the event. The limousine will also drop those who purchase these tickets off at the red carpet on the evening of the premiere.
VIP tickets, on sale for $15, assure purchasers front row seats with the cast and crew of “Them” at the premiere. General adult tickets are priced at $12 and children’s tickets, for ages 16 and under, are being sold for $10.
Tickets are available online at the series website and at Angie’s Hair and Tanning in Unicoi. Stout said a limited number of tickets would be available at the door.
He added that attendees should dress formally for the event.