Focused on faith, not fear 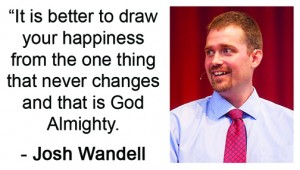