Trek hailed as a ‘rousing success’ 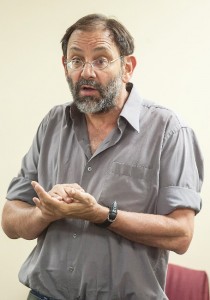 With the official opening of the Tweetsie Trail behind them, the Tweetsie Trail Taskforce deemed the Tweetsie Trek a “rousing success.”
The taskforce celebrated the opening of the Tweetsie Trail with a 4.3 mile run/walk/bike ride this past Saturday.
“It was a rousing success,” said race organizer and Johnson City Commissioner Jenny Brock. “We had at least 2,500 people on the trail Saturday.”
Brock said 1,791 racers officially registered to take part in the Tweetsie Trek, but that “bandits”, or nonregistered runners and walkers, joined in with the crowd. There were also 500 bicyclers who participated in the bike ride after the run/walk was complete.
Taskforce chair Dan Schumaier said the bike ride was the largest biking event in East Tennessee.
Schumaier added that the Tweetsie Trek raised $37,612, which after expenses were deducted would all go back toward the development and maintenance of the Tweetsie Trail.
“It went off awesome,” Schumaier said. “All the comments were nothing but positive.”
He noted there were two medical incidents that he was aware of. A biker collapsed from dehydration and another participant was stung in the mouth by a bee after it had climbed into her drink.
Brock said now that the trail was opened there would be things that were needed that would be brought to the taskforce’s attention.
Schumaier said a water station was needed at the Elizabethton end of the trail at Lions Field. He added that better notification about nearby restroom facilities was also needed.
Taskforce member Ken Gough said the trail had a “positive atmosphere” and was quickly becoming Elizabethton’s “main street” as more people were using bicycles to reach their destination.
He said he rode the trail early on a recent morning and passed 48 people coming into Elizabethton and passed 104 people on his way back. He said since the grand opening last Thursday, the parking areas near the trail had remained full.
Schumaier agreed that parking was crowded near the trail, but noted that in Johnson City parking was available off Maple Street and at Cardinal Field near the trail head.
Johnson City Public Works Director Phil Pindzola said parking at the Johnson City trail head was a concern because the lot became full quickly leading people to park along the edges of the lot and the street. An active rail line runs through the area.
“My concern is someone is going to park too close to the track and a train will come through there and wipe out the cars,” Pindzola said.
Schumaier suggested adding signs near the lot directing people to nearby parking on Maple Street.
In Elizabethton, the task force addressed concerns about the trail through the Gap Creek Construction area. Gough questioned recent reports that the trail was closed in the area because of the work.
Grant Summers with Summer-Taylor Inc. said that when there was no construction happening it was not a problem on their side if people walked through the trail. He said that it was the Tennessee Department of Transportation that would close the trail in the construction area.
He said there had been barriers put along the trail to block trail traffic when work was happening on the Gap Creek project but wasn’t sure who kept moving the barriers back to block the trail, because the pedestrians would continue to move them out of the way.
Several task force members agreed that it seemed more dangerous for walkers and bikers to leave the trail to walk along West G Street.
Johnson City assistant city manager Charlies Stahl said he spoke with a TDOT representative who was surprised that the trail had extended beyond Lions Field because of the construction project. However, the trail had been included in the TDOT construction plans.
Stahl said he suggested to TDOT to add a secure alternative walkway along West G Street if they were going to close the trail because of construction.
The taskforce heard from two residents concerning the trail. East Tennessee State University botany professor Tim McDowell asked for permission for an independent study student to catalog trees along the trail. The taskforce gave approval for the project.
Roan Mountain resident and author Edward Johnson asked that the taskforce work to add the Tweetsie Rail Line above the Doe River Gorge to the historic register. He said the trestles and rails beyond the gorge were in need of protection and the designation could save them.
“I know it will be a while before you get that far, but this is a part of Tennessee history,” Johnson said.
Schumaier said it was an interesting point and one to be considered but directed Johnson to Carter County government officials, noting the taskforce was focused solely on the Tweetsie Trail path project.