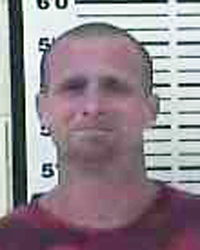 A Johnson City man is facing charges after police say they found a meth lab in his vehicle while investigating a car crash.
Ronald Jay Collins, 38, 130 Wichita St., Johnson City, was arrested Tuesday night by Constable Mark Carrier on a warrant taken out by Carter County Sheriff’s Department Lt. Kenneth Cornett charging Collins with first offense driving under the influence and sixth offense driving on a revoked license.
According to a report by Cornett, officers responded to a report of a motor vehicle accident on Old Elizabethton Highway.
“When I arrived I observed a male subject walking away from the vehicle,” Cornett said, adding he spoke with the man and identified him as Collins. “I asked Mr. Collins if he knew anything about the vehicle and he stated ‘no.’”
Cornett said when he checked the vehicle’s registration it showed the vehicle was Collins’.
“I then asked Mr. Collins again about the vehicle and all he would say is that it did belong to him,” Cornett said. “Mr. Collins appeared to be under the influence of something and could hardly stand on his own but I could not smell an intoxicant on his person.”
A sobriety test could not be performed on Collins due to his “being so incoherent,” Cornett said.
“I then checked the vehicle to see if there was anything inside that would explain why Mr. Collins was acting so incoherent and a meth lab was found behind the back seat of the van,” Cornett said.
Meth lab technicians were then dispatched to the scene and Collins was transported to a local hospital to be medically cleared for incarceration.
After Collins was cleared, he was arrested by Carrier on charges taken out by Cornett. Collins was then taken to the Carter County Detention Center, where he is currently being held on a $4,000 bond.
CCSD Sgt. Harmon Duncan said additional charges are pending against Collins in connection with the suspected meth lab found in the vehicle.
Collins is scheduled to appear in General Sessions Court on Oct. 24.