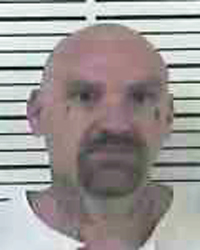 A Johnson City man was arrested after a woman told police he removed part of her clothing and touched her in an inappropriate manner.
Jerry Dale Courtner, 39, 401 Myrtle St., Apt. 4, Johnson City, was arrested Friday by Carter County Sheriff’s Department Lt. Tim Horne on a warrant charging him with sexual battery.
According to the warrant obtained by Horne for Courtner’s arrest, the woman reported to police on Sept. 5 that the incident occurred at her residence on or about Sept. 3. Horne said the woman told police she had met Courtner while he was a guest of her roommate.
“She said while together, she made mention of his graphic tattoos and learned he freelanced as a tattoo artist,” Horne said, adding the woman said Courtner agreed to perform tattoo work on her legs in exchange for her purchasing beer for him.
“(The woman) said (Courtner) was adamant about seeing where she wanted the ink applied and subsequently she changed her wardrobe to offer him a better view of her legs,” Horne said. “She said (Courtner) became aggressive with her, tugging at her shorts and demanding she undress further.”
Horne said the woman reported a third party intervened in the situation because “things were getting out of hand” and an argument ensued between individuals at the residence.
According to Horne’s report, after that brief confrontation, the woman went to the front porch to smoke a cigarette and Courtner followed her outside. There he reportedly grabbed her by the arm, made the ‘shhhhh’ gesture with his finger and led her around to the side of the apartment building.
Horne said the woman alleges Courtner told her if she screamed, he would harm her.
According to the woman, a struggle ensued. She said Courtner forcefully removed her lower garments and then touched her inappropriately.
Following an investigation into the woman’s report, on Sept. 8 Horne obtained an arrest warrant charging Courtner with one count of sexual battery.
The warrant was served on Courtner and he was taken into custody on Sept. 12.
Courtner is currently being held in the Carter County Detention Center on a $15,000 bond and is scheduled to appear in Carter County General Sessions Court on Oct. 24.