Woman charged after calling 911 because she “needed a ride” 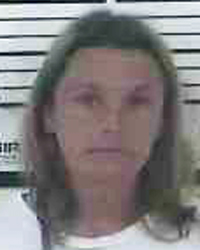 A county woman is facing a charge of filing a false police report after authorities said she called 911 because she “needed a ride.”
According to an arrest report, Wendi Jo Hardin, 42, 170 Mayfield Drive, Elizabethton, called 911 at around 1:16 a.m. Sunday claiming to have been assaulted by her husband.
The report from the Carter County Sheriff’s Department, written by CCSD Sgt. Nick Andes, said that Hardin said she could not talk openly about the situation with the 911 dispatcher because her husband was still in the room.
Andes wrote in the report that after officers arrived on the scene and made contact with Hardin, he noticed a strong odor of alcohol on her. Andes wrote that he asked her if she was OK, and she answered she was.
Andes also asked Hardin to explain what had happened, to which he wrote “she would only state she needed a ride.”
“I advised Mrs. Hardin that she had called 911, complained of a physical domestic situation and that she needed to explain why she had done so,” Andes wrote. “Mrs. Hardin refused and kept telling me to give her a ride. I then asked Mrs. Hardin if she had been the victim of an assault that night by her husband and she stated no. I then asked Mrs. Hardin if she had any legitimate reason for calling 911 and she again stated ‘I needed a ride’.”
CCSD Lt. Michael Bean made contact with Hardin’s husband and another resident in the house who were both “oblivious” to what was happening and had been asleep.
Hardin was placed under arrest and taken to the Carter County Detention Center.
Andes wrote that when Hardin arrived at the jail, she was questioned by medical staff for clearance and then claimed to be suicidal. She was then transported to Sycamore Shoals Hospital for a mental evaluation and returned to the jail.