Senator’s program aims to link students and the Constitution 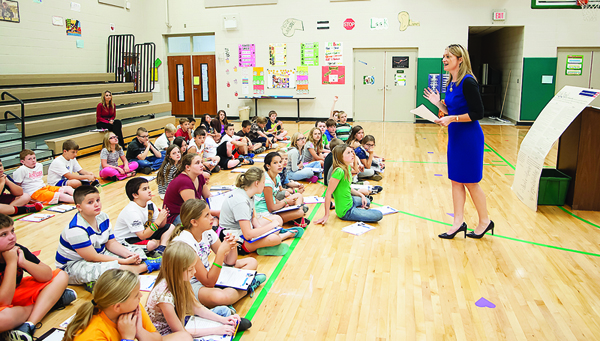 Photo by Brandon Hicks
Jill Salyers, field director for Sen. Bob Corker, visited East Side Elementary School last week and presented a special program on the U.S. Constitution. She quizzed the fifth-grade students on the document as to the words in it, the amendments, and some of the freedoms guaranteed by the Constitution.