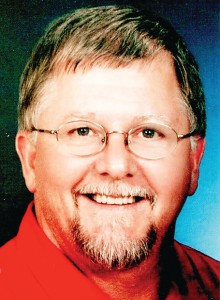 Danny “Wes” Frazier, a lifelong resident of the city of Elizabethton, is announcing his candidacy for election to the Elizabethton City Council in the Nov. 4 City Election.
Frazier has been employed for 28 years at Snap-on Tools in Elizabethton.
“I am a candidate for Elizabethton City Council because I have been concerned about the future of our city, in particular the impact of tax increases on the working class and retired citizens,” Frazier said. “I support economic growth, which I believe will increase our tax base and take some of the burden off taxpayers.”
“Our community has a lot to offer,” he said. “As a member of the Elizabethton City Council, I will work to ensure that industry and business growth is sustained and that our children have employment opportunities for them and their families going forward. I want to listen to the citizens and represent their interests on issues facing the city of Elizabethton. I believe citizens should be heard and my door will always be open.”
As a member of the Community Involvement Team, Frazier has coordinated and volunteered for various projects, including East Tennessee Christian Home, Speedway Children’s Charity and Salvation Army, as well as delivering meals to the elderly and homeless.
“I coached baseball and girls softball for the Boys and Girls Club through the years and assisted with the EHS girls’ golf team,” Frazier said. “I look forward to serving on Elizabethton City Council and representing the interest of taxpayers, including the working class and senior citizens, among others, in our community.”
He and his wife, the former Betty Peters, have two children and are members of Calvary Baptist Church.

“Everything pointed back to Hope”

“And Then There Was Hope.” That’s not just the title of Angie Odom’s upcoming book; it is also the theme... read more