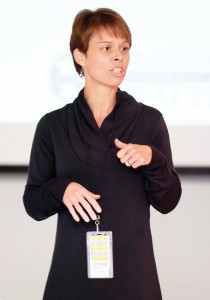 Members of the Carter County Health Council heard reports on two issues affecting the unborn population of Carter County — prenatal tobacco exposure and Neonatal Abstinence Syndrome.
Nancy Sarvis, public health educator with the Carter County Health Department, gave an update on the Tennessee Intervention for Pregnant Smokers program.
Through this program, pregnant smokers complete an incentive-based program that has the goal of having them quit or dramatically reduce their tobacco consumption before the child is born.
Sarvis said the program is new to Carter County and hasn’t been fully advertised to encourage clients to sign up. While the program has the capacity for 100 women, only four are currently taking part in TIPS.
Through TIPS, health care workers use a “5 A’s” format to find out about the patient’s tobacco use. Sarvis said they first ask the patient to quit and then advise them of the risk to the baby. Then they assess the willingness of the patient to quit, assist them with a cessation plan and arrange for a follow-up session.
An East Tennessee State University study of the wider TIPS program showed 28 percent of participants successfully quit tobacco. Also, 66 percent dramatically decreased their usage and 40 percent tried to quit at least once. The children born to these patients were 50 percent less likely to be placed in the neonatal intensive care unit after birth.
Interested patients can call the health department for an appointment at 543-2521. Walk-in appointments are accepted on Wednesday and Friday.
Dr. Cynthia Thomas, a preventative medicine and public health physician, also made a presentation to the council about Neonatal Abstinence Syndrome, which she described as a growing concern in Northeast Tennessee.
As prescriptions for painkillers and other drugs continue to rise, Thomas said a large number of pregnant women will also be exposed to substances that are harmful to their baby including nicotine, caffeine, opioids, alcohol and more. Babies born to women who have been in contact with such substances will show signs and symptoms of exposure, and a portion of these will be diagnosed with NAS, or neonatal withdrawal.
“All of the babies diagnosed with NAS have been exposed to drugs, but not all infants that are drug exposed will be diagnosed with NAS,” Thomas said.
During a pregnancy, a woman who takes drugs which cross the placenta will result in the baby’s exposure to those substances. After the baby is born and is no longer in contact with those substances, withdrawal symptoms can occur.
Thomas said this can come from prescription drugs, illicit drugs or a combination of both. However, in Northeast Tennessee the majority of NAS cases comes from instances where the mother is taking medications that were prescribed to her.
Symptoms of NAS include seizures, tremors, hyperactivity, poor feeding, poor weight gain, uncoordinated “sucking” motions, vomiting, diarrhea and a high-pitched cry. Symptoms can occur as soon as 24 hours after delivery or as long as 4-5 days later. Thomas said the syndrome occurs in between 55-94 percent of exposed infants.
“We do not consider the infants addicted,” she said. “They are classified as dependent. This was not a volitional act. They did not make those decisions. They have a physiological dependency.”
In most cases, Thomas said behavioral management is the routine treatment. In more severe cases, medication is given to the infant to help with withdrawal.
According to Thomas, there is not enough long-term data from studies to determine what the effect the syndrome has on the children. The most common long-term effects observed have been behavioral or attention disorders.
To help prevent infants from having NAS, Thomas said some preventative measures had been put in place for healthcare workers to share with their patients.

Health isn’t just part of a name for the Carter County Health Department. It is also the way they do... read more