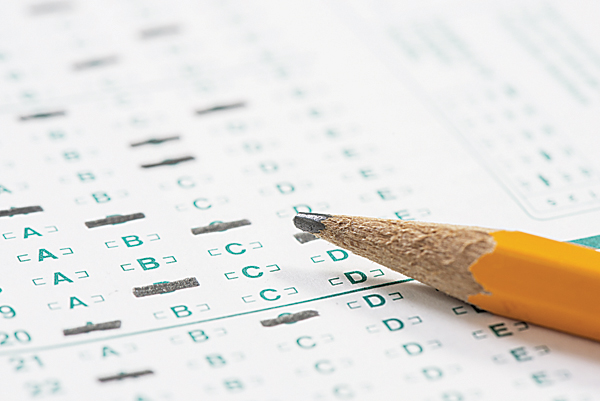 Metro Services
Students will take their TNReady assessments on paper rather than online for the 2015-16 school year following a malfunction of the testing platform when testing began this week.

Following a severe network outage across the state with the online TNReady testing platform, the state Commissioner of Education announced testing will resume on pencil and paper for the remainder of the school year.
The system failure of Measurement Incorporated Secure Testing (MIST), the online testing vendor, comes at an inconvenient time as Part I of TNReady testing began Monday, and was to continue for a 4-week period, followed by Part II for 8-12 weeks in Spring.
Many issues have been mitigated and eliminated, according to Tennessee Education Commissioner Candice McQueen, during the introduction of the program. McQueen said following capacity testing in January, the state education department’s technology team visited numerous districts to reproduce system errors in real-world, real-time situations to gather diagnostic information.
“As a result of this continued analysis, we offered districts the option to move to paper testing as we saw continuing issues with how the platform interacted with districts’ infrastructure,” said McQueen.
McQueen said in a statement that issues continued to arise with the online platform, and the new nature of the issue arose Tuesday morning regarding the stability of the testing platform, MIST.
“Despite the many improvements the department has helped to make to the system in recent months and based on the events of [Tuesday] morning, we are not confident in the system’s ability to perform consistently,” said McQueen. “In the best interest of our students and to protect instructional time, we cannot continue with Measurement Incorporated’s online testing platform in its current state.”
Carter County Director of Schools Dr. Kevin Ward said some issues are to be expected with any new system of this magnitude.
“From the perspective of our system and from the state, implementing changes this big requires adjustment, and in this case that means correcting issues, whatever they may be,” said Ward. “We understand it and are moving forward with a positive attitude.”
Some students in both city and county schools were able to complete their testing, according to the Elizabethton and Carter County directors of schools, but no testing will resume until the revised testing window is announced Thursday by McQueen.
“As always, we’ll adapt and adjust to what we need to do for our students,” said Director of Elizabethton City Schools Dr. Corey Gardenhour.
At present, Gardenhour said the schools are completely ready to move forward with their devices and infrastructure that were purchased to accommodate online testing.
Ward echoed this sentiment saying, “It’s inevitable that we’re going to do online testing; everything up to this point has been preparation. One positive thing from our end is that through some of the practice windows using MIST sites, our Technology Department has done a great job working with our principals to get labs to test in, as well as working with bandwidth and wiring. As far as infrastructure, once the glitch is worked out, we’re confident that we’re ready to go.”
Testing on pencil and paper is a process with which everyone is familiar, but it will impact teacher planning, scheduling proctors, and printing and distributing booklets and answer sheets.
“There has been a lot of preparation on behalf of teachers and students to test on that online platform, and we’ve invested a lot of money to be prepared with infrastructure and devices,” said Gardenhour. “Paper testing will require more training of staff, even though the content will be much the same.”
Gardenhour expressed concerns for students with special accommodations who have been preparing to test online, as well as with the testing environment in the schools. In the past, with TCAP testing, students test for four days with testing proctors, signs on doors, and other measures to ensure students would have the best conditions for focused assessment.
“With TCAPs, the entire building came to a halt, and part of the idea with TNReady is that it would not be as disruptive of a process,” Gardenhour said, explaining that classes test on different days in assessment areas over a period of time.
Despite these technological challenges, he said his staff wants to assure everyone that testing will take place according to the schedule which will be released Thursday.
McQueen said Measurement Incorporated is currently scheduling the printing and shipping of the paper tests.
“As a result of the statewide shift to paper and pencil, we will delay and extend the Part I testing window,” said McQueen, thanking teachers, students and schools for their patience during this process.