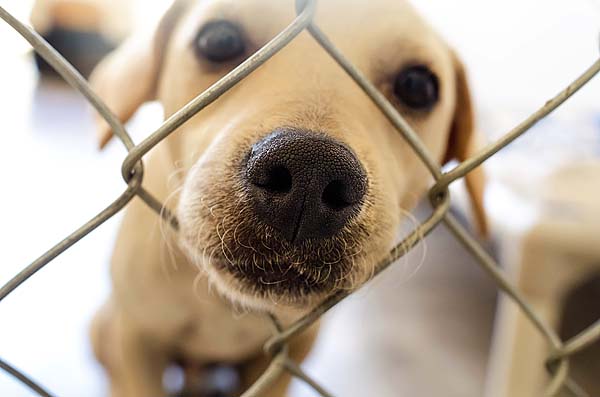 Finding out a lost pet has not only been found, but been legally adopted by a new family can be quite frustrating for pet owners. For this reason, Elizabethton/Carter County Animal Shelter Director Stacey Heiden has some advice and a bit of insight into shelter policy and Tennessee law.
“We have had quite a few incidents as of late with very unhappy previous owners who waited too long to contact the shelter or to look for their lost dogs,” she said.
However, with some simple precautionary measures, she said they can more easily prevent their pets from roaming. And with an appropriate response, they should be able to locate the pets fairly quickly. That depends in part on an appropriate response by the person finding and reporting the pet, but that is out of the owner’s hands.
She said having pets spayed or neutered and microchipped can make all the difference in the pet being returned to the owner.
“Many people who allow their animals to roam un-altered, off leash, off property, without I.D. should not be surprised by the consequences of these actions when their pet ends up at the shelter or worse,” Heiden said.
Pets which are unaltered (not spayed or neutered) will travel miles in search of a mate, and she said this is especially prevalent in the spring.
“Many of the pets we receive at this time of year are pregnant, nursing, in heat or have been following an intact female to breed,” she said.
On top of the risk of pets roaming to breed, she said pet theft is also a concern.
Once they do go missing, she said without proper identification, they will be held as a “lost dog” for less time at the shelter, and the shelter also cannot contact the owner.
While collars with an identification or state rabies tag are sometimes useful for identification, she said they may be removed by the time the pet arrives at the shelter. Microchipping is the most reliable form of identification, she said, but the information with the chip company must be current.
“If you move or change your phone number, always notify the chip company of the change,” she advised.
Microchipping is available at the shelter for $15 and is open from noon to 4 p.m. Monday through Friday or on Saturdays from 11 a.m. to 2 p.m.
If a pet comes to the shelter with some form of owner identification or matches a lost and found report, it may be classified as “owner known” and will be held for 10 business days. If no owner is known, it will be held for three business days.
The shelter has only had to euthanize critically ill or aggressive animals, she said.
“To keep our euthanasia rates low, our animal turn-over is as quickly as possible to move these pets on to new adoptive homes or rescues,” Heiden said. “Due to the volume of animals the shelter receives on any given day, we do not have the luxury to sit on high demand pets that may or may not have an owner.”
She said state law backs the shelter policy and that after three days, the pet becomes shelter property. At that point, it may be adopted, sent to a rescue or euthanized.
“This may not be favorable to some, but it is the law,” Heiden said. “There is no legal recourse if your pet is past the 72 hour hold and has changed hands.”
For this reason, she said if a pet is lost, owners should report it immediately.
“We cannot make it anymore urgent that if you have lost your dog to report it and come to the shelter to look immediately and do not wait!” she said.
They can do this by posting it to the shelter Facebook page with a picture, calling it in to the shelter, visiting the shelter and searching in person and by filling out a lost report.
She said anyone who has found a pet must make reasonable efforts to find the owner.
“It’s not ‘finders, keepers,’” she said.
Posting a pet online for sale the same day it is found is considered theft of property and is prosecutable, she said.
The best response is to take the pet to a nearby veterinarian or shelter, have it scanned for a microchip, report it to the shelter, and post it on the shelter’s Facebook page.
If a person finds a pet and wishes to keep it, she said the appropriate response is to turn it in to the shelter and to adopt it once the three-day hold is released. If a person does not do this, she said they must actively search for an owner for 30 days before it legally becomes their pet.
“It is in everyone’s best interest to make sure your pets are spayed or neutered, current on vaccinations and are wearing proper I.D. and/or microchipped with current registration on file with the chip company,” Heiden said. “Being a responsible pet owner reduces the chances of ever having to suffer the heartbreak of a lost pet who may never be found.”
The shelter is located at 135 Sycamore Shoals Dr. and staff may be contacted by phone at 423-547-6359.