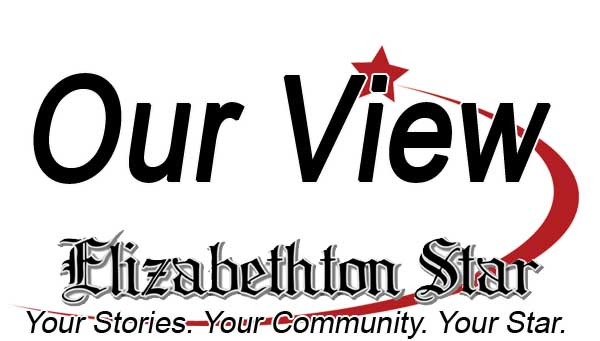 Jason Witten has made Elizabethton proud

Dallas Cowboys tight end Jason Witten has plenty of honors attached to his name. Sunday night he racked up another honor in the Cowboys’ game against the New York Giants. He passed Hall of Famer Michael Irvin for the Cowboys’ franchise record in yards receiving.
In Cowboys’ history, nobody has caught more passes, played in more consecutive games or started more consecutive games than Jason Witten has. By the second game of the 2017 season he will have played in more games than any Cowboy in history.
After breaking Irvin’s record, Jason, in Witten style, never took any credit for himself. “There have been so many teammates and coaches that helped me get here. You don’t achieve something like this on your own,” he told fans after the game.
It has never been about him, but about the people who helped him get to where he is today, mainly his grandparents, Coach and Mrs. Dave Rider, who helped raise him.
Witten, as did his two brothers, played his high school ball at Elizabethton High School for his grandfather.
In addition to the many football honors now attached to his name, Witten has been generous with his wealth. Among local recipients are the Elizabethton/Carter County Boys and Girls Club and the Niswonger Children’s Hospital in Johnson City.
Each June, Witten returns to his hometown of Elizabethton to host the annual Jason Witten Football Camp. With approximately 1,200 kids attending each year, the camp is one of the largest free football camps in America.
In August, the Cowboys announced that Witten’s name will be attached to the new “Jason Witten Collegiate Man of the Year” award for college football leadership. “The award will be made in February after the 2017 college football season. The award will recognize the College Football Bowl Subdivision player who has demonstrated a record of leadership by exhibiting exceptional courage, integrity and sportsmanship both on and off the field,” the release from the organization says. “It will honor the type of exemplary character and commitment to community, family and teammates demonstrated by Jason Witten, the 10-time Pro Bowl tight end for the Dallas Cowboys and the 2012 NFL Walter Payton Man of the Year.”
The winner will also earn a $10,000 contribution to his school’s athletic scholarship fund in his name. That will be paid out by Witten’s SCORE Foundation, the charity he and his wife Michelle are in charge of.
There is no more appropriate person in the sport of football to have his name associated with an award that represents character, dignity, service to others and responsibility than Jason Witten.
As valuable as Jason Witten is on the field for the Cowboys, his presence as a leader is just as important. Witten is the soul of the Cowboys team. Young players often look up to him for guidance. Witten, with all of his records, remains one of the best do-it-all tight ends in the game with his blocking and pass-catching skills.
In continuing his advocacy for the proper development of children — both inside and outside of the classroom — Witten has taken an elementary age youth to school for the last seven years as part of the NFL’s Take a Player to School program.
Jason’s charity work is well known and through his SCORE Foundation, he launched a program to help families and kids who are affected by domestic violence.
His extensive charity work is the reason he was recognized for the NFL’s Walter Payton Man of the Year (2007) and also for winning the Home Depot award of Neighborhood MVP. He has received many other honors due to his charity work.
Today, Jason Witten is one of the most respected players in the NFL. He is regarded as a sincere family man, with a down to earth personality, and a great influence on our youth.
Jason Witten has made Elizabethton proud.

What is brain freeze and why do we get it?

By VICKIE CLARK Question: What is a brain freeze? Answer: Brain freeze is practically a rite of summer. It typically... read more