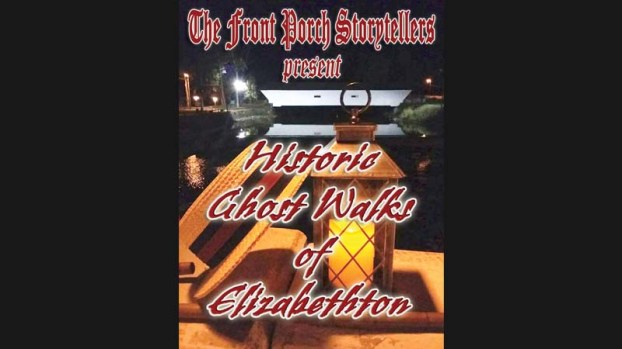 Do you enjoy hearing local legends and stories of mystery? Or perhaps you enjoy listening to a storyteller share tales of ghosts, goblins, and the things that go bump in the night.

If so, join the Front Porch Storytellers this October for the ninth season of the community’s original haunted history tour — Historic Ghost Walks of Elizabethton.

Some of Elizabethton’s early residents tour goers will learn about are Samuel P. Carter, Dr. E.E. Hunter, and some of the community’s founding fathers.

The walking tours last around 90 minutes and are designed for guests ages 12 and up. The walk is not strenuous, Kennedy said, and proceeds at the pace of a leisurely stroll. There are no strenuous inclines along the route and because the walk stays mainly on sidewalks and paved surfaces, people who use walkers have been able to take part in the tours, according to Kennedy.

Kennedy recommends those interested in attending go ahead and make their reservations now as the dates fill up quickly due to tours being limited to 20 participants each night. The first night of the tour, Oct. 5, is already sold out, Kennedy said.

Reservations can be made by calling 423-542-9360. Kennedy said if there is no answer to please leave a message and you will receive a call back.

If someone makes reservations and find themselves needing to cancel, Kennedy asks they call the reservation number as soon as possible to inform them of the cancellation because sometimes there is a waiting list to take part in the tour and this allows the storytellers to fill those slots.

While the tours are pre-scheduled during the month of October, Kennedy said she and Bogart will host ghost walks or other storytelling events throughout the year by reservation for large groups. Those interested in scheduling a special storytelling event can also call the number listed for reservations.

It was a day of celebration at West Side Elementary as the school held a ribbon cutting for its newly... read more