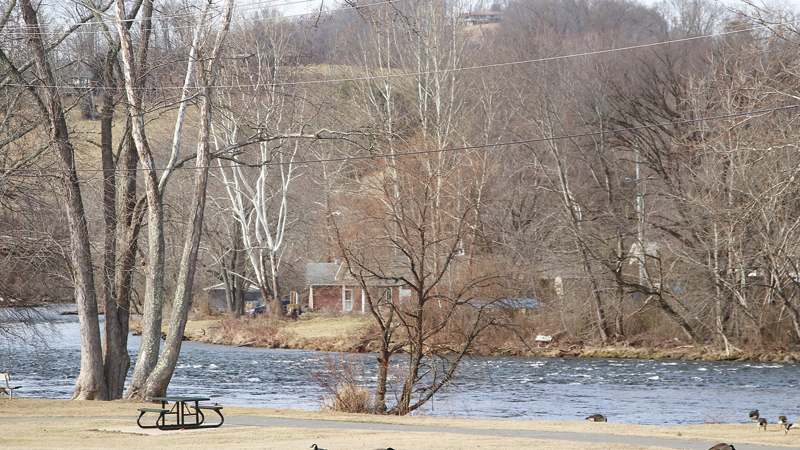 Star Photo/Curtis Carden Riverside Park in Elizabethton is one of the locations being tossed around as the possible landing destination for a whitewater park.

Simply put, it all started with an “IDEA”.

The plan of having a whitewater park established in the City of Elizabethton is starting to pick up steam with city and county leaders working together to address the project. To help tackle the issue, a special presentation, sponsored by the Elizabethton IDEAS Group, is being held Saturday, Feb. 17, from 2 to 5 p.m. at the Bonnie Kate Theater to provide the public with more information.

A whitewater park was first brought up by members of the IDEAS Group and the goal of the initiative is to help showcase the natural resources Elizabethton has to offer, according to member Metin Eryasa.

“We started to talk about it one day, so I started doing the research. The more I looked into it, the more I knew we had something that could be a big benefit for the area,” Eryasa told the Elizabethton Star.

A pair of locations are being eyed for a possible location for the park, Eryasa added. One location is behind Joe O’Brien Field near Riverside Park while two other locations are within the vicinity of Tractor Supply.

With Carter County and Elizabethton seemingly transitioning their economic outlook toward tourism, Eryasa stated it would be hard to pass up the opportunity to spotlight the area’s “world-class” waterways.

“Class three to five whitewater … we have the Doe, Elk and Watauga. If you add on the Nolichucky, that’s four locations right there. There’s nowhere else in the eastern part of the United States that has that,” Eryasa said. “We look at the different events that take place in areas like Colorado and North Carolina … these events attracted thousands of people. Why can’t we be part of that? You start to tie in those rivers with the Tweetsie Trail, the future OVT trail and Watauga Lake, you give people something to be excited about.”

The biggest reason for the park is to build excitement and help keep the younger generation in the area, Eryasa said.

A whitewater park would service different needs for the aquatic aficionado at heart according to Eryasa, serving as a location for kayaking, boogie boarding, rafting and other activities.

Western North Carolina has encountered their own bit of economic impact thanks in part to the tourism aspect of individuals visiting the rivers for fun.

According to a 2009 report issued from Western Carolina University, the Nantahala Outdoor Center contributed a total of $48,073,691 to the local economy with 64.5 percent of visitors coming to the Carolina Smokies to visit the Nantahala River Gorge.

“Having the word of mouth go out from the whitewater park will only grow the exposure for the area, not only Carter County and Elizabethton, but the entire region,” Eryasa said. “We’re hearing from people from all across the country who are excited about this possibility.”

Locally, the growth to “Surf Betsy” has already picked up traction with stickers being sold to help promote the initiative. Stickers are currently on sale now at Jiggy Ray’s with big stickers costing $5 and smaller ones costing $2.50.

Eryasa added that February’s presentation will feature speakers involved with whitewater from all across the globe and different attendees from various state and national agencies.

Stay up to date with the Elizabethton Star’s future edition to learn more about what type of impact a whitewater park could have in the region.