2 candidates disqualified in State Primary after failing to file paperwork 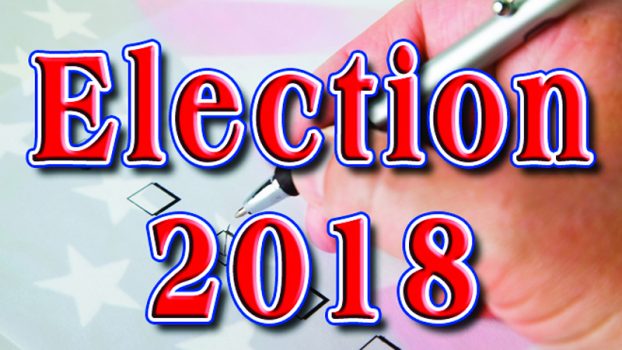 Following a review by state and local election officials, two candidates seeking party nominations for state offices failed to qualify despite a previous announcement they had.

A listing of candidates for races for two Tennessee House of Representatives seats obtained by the Elizabethton Star from the State Election Commission listed the names of two women seeking Democratic nominations — Mary Elizabeth Harder and Jessica Livesay. Those names were included in a story published by the Elizabethton Star on April 6 about candidates who had qualified for the State Primary Election as well as the Carter County Board of Education election in August.

On Tuesday, Carter County Administrator of Elections Tracy Harris said a review of Harder’s and Livesay’s paperwork by her office, other local Election Commission offices, and the State Election Commission showed the women did not complete all of the requirements to become candidates.

Harder had picked up and turned in paperwork for the Democratic Party Primary for the Tennessee House of Representatives House District 4 seat.

Because the House District 4 seat represents portions of Carter and Unicoi Counties, Harder is required under state law to file candidate paperwork and qualify in both counties.

Harris said after Harder initially turned in her candidate paperwork to both counties it was determined that she did not have enough qualifying signatures on her petition, noting she only had 22 of the needed 25. Harris said her office and the Unicoi County Election Commission allowed Harder to obtain additional signatures for her petitions and Harder then turned the additional signatures in to the Unicoi County Election Commission.

“She didn’t get the extra signatures to qualify back to us, and that’s why she didn’t qualify as a candidate,” Harris explained.

With the disqualification of Harder, there are no candidates seeking the Democratic nomination for House District 4. On the Republican side, incumbent Rep. John Holsclaw Jr. will face off during the Republican Primary against Tim Lingerfelt.

Livesay had sought the Democratic Party nomination for the Tennessee House District 3 seat, which represents portions of Carter, Sullivan, and Johnson Counties. Because the House District 3 seat represents portions of three counties, Livesay is required under state law to file candidate paperwork and qualify in all three counties.

“She filed her paperwork in Sullivan County but didn’t turn in paperwork in Carter or Johnson County, which is why she was disqualified,” Harris said.

With the disqualification of Livesay, there are no candidates seeking the Democratic nomination for the House District 3 seat. On the Republican side of things, incumbent Rep. Timothy Hill is running unopposed in the Republican Party Primary.

In addition to the two candidates who were disqualified upon review, Harris said a local resident was mistakenly listed as being a candidate for the Carter County Board of Education election in August.

According to Harris, Hubbard picked up a candidate petition for the BOE seat representing District 7, but never turned it in to her staff to qualify.