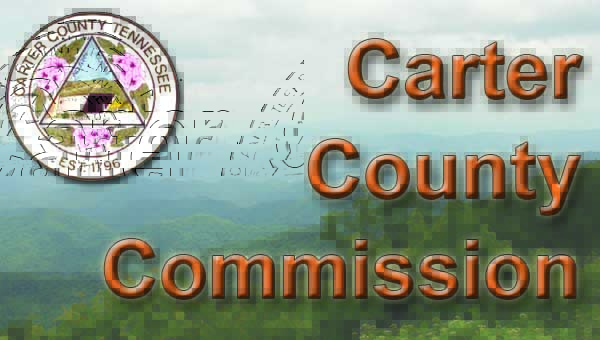 One of the resolutions authorizes the county to request unclaimed funds resulting from the sale of properties obtained by the county due to non-payment of property taxes be returned to the county.

When the county seizes a property due to non-payment of property taxes, the county auctions the property to recoup the tax money owed to the county.

Any money from the sale that exceeds the amount of the tax lien owed to the county is considered excess funds. The prior property owner has one year from the date of sale to either reclaim the property or to claim the excess funds. If not claimed, those monies are then turned over to the state as unclaimed property.

After 18 months, the county has the right to request the state to return any unclaimed funds to the county, according to County Attorney Josh Hardin.

According to the resolution, Carter County has remitted those unclaimed accounts to the Tennessee Treasurer for many years and has never sought the return of the unclaimed balances.

Under state law, once Carter County receives those funds back from the state, the county accepts any liability for any future claims against those unclaimed funds. Also, the county must retain a specified amount in reserve to allow for prompt payment of any allowable claim made against a previously unclaimed account.

During Tuesday’s meeting of the Budget Committee, Clerk and Master Melissa Moreland said she does not know how much money the county would receive back from the state.

Members of the Budget Committee unanimously approved the resolution allowing the county to request the unclaimed funds be returned to the county. The committee will present the resolution to the full Commission on Monday for their approval.

Another of the resolutions the Commission will consider grants Carter County Mayor Leon Humphrey the authority to sign a contract to accept $350,000 in grant funding from the state to go toward additional renovation work at the Carter County Health Department.

On Tuesday during the Budget Committee meeting, Carter County Health Department Director Caroline Hurt announced her department had been selected to receive $350,000 in special needs grant funding from the state with no matching funds required. The new grant money will go to renovate the Health Department’s Primary Care and Family Planning clinic, which was not updated in the remodeling project nearing completion at the department now.

A vacancy was created on the Carter County Board of Education earlier this year when Steve Hyder, who had represented the county’s 7th District, had to resign from his position after moving outside of the district he served.

Two individuals have applied for appointment to the 7th District seat — Josh Hubbard and Creola Miller. Hubbard is a firefighter with the Elizabethton Police Department and business owner. Miller is a retired teacher with 46 years of educational experience.

Members of the Commission will appoint a new representative of the 7th District to the Board of Education. The appointee will serve out the remainder of Hyder’s term, which will expire on August 30. Both Hubbard and Miller have qualified as candidates seeking election to this same seat on the Board in the upcoming August 2 County General Election.

The Budget Committee will give a status update on the current budget process during Monday’s Commission meeting.

Inaugural Kids Like Us Summer Fest picking up traction

Since officially opening their doors this year, Kids Like Us Community Learning Center has stayed active in the region to... read more