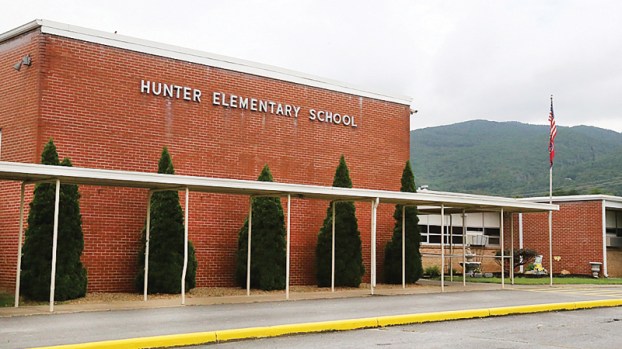 Star Photo/Abby Morris-Frye Hunter Elementary was one of six county schools to receive NRA School Shield Grants to help improve safety and security at the schools. 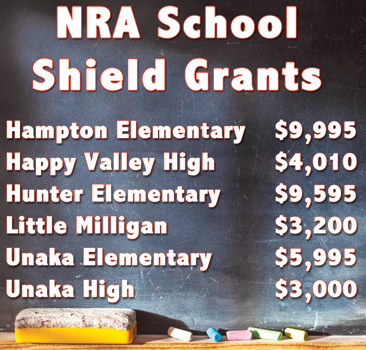 Several local schools will be upgrading some of their security and safety measures through grants awarded from a national organization.

Mickey Taylor, who serves as the safety coordinator for the Carter County School System, credits system supervisor Sonya Miller with finding and securing the grants.

“I’m an NRA member, and I got an email from the NRA saying that these grants were available,” Miller said. After learning about the grants, Miller said she spoke with Carter County Director of Schools Dr. Kevin Ward and with Taylor, who encouraged her to pursue the grants.

In the documentation on the grants provided by the NRA, the organization states that “National School Shield is committed to addressing the many facets of school security, including best practices in security infrastructure, technology, personnel, training, and policy. Through this multidimensional effort, National School Shield seeks to engage communities and empower leaders to help make our schools more secure.”

Miller said she then notified principals at each of the schools about the grants and worked with the schools to draft their proposals. Each principal identified the unique concerns and needs at their school, and then each school wrote their own grant request.

“I just guided them and helped them through the process,” Miller said.

The school system recently learned that six schools were approved for grants through NRA School Shield.

Many of the schools put in requests for upgrades to their two-way radio systems or additional radios, Miller said. Other projects included emergency door alarms, security cameras, and security tint for windows.

Miller said she was pleased with the grant awards received by the schools and hopes to build on that success next year.

“We were in a real time crunch,” Miller said, adding by the time she learned of the grants and school officials approved the application the schools only had about three weeks to draft their proposals. “Next year we will try again when they open the grants up.”

According to Taylor, these grants will be just a portion of the work the school system is doing to improve safety and security for students and faculty.

Currently, according to Taylor, the school system is working with Sprint for a national pilot program designed to improve communication during an emergency at a school.

“We were able to do a little work with it at the end of the school year at Cloudland,” Taylor said. “We will be rolling it out on a larger scale when school goes back in this Fall.”

Work is also currently underway to improve safety when it comes to individuals visiting a school. The county schools currently use the Raptor system, which scans visitor’s driver’s license or identification card and checks to see if the individual is on any sexual offender registry list or is wanted for a crime, Taylor said.

“Currently we don’t screen those people until they are in the building,” Taylor said. “If we get these kiosks, we will be able to screen them before we let them in. If they are wanted on a warrant or they are on the sexual offender registry we will know that before they are even buzzed into the building.”