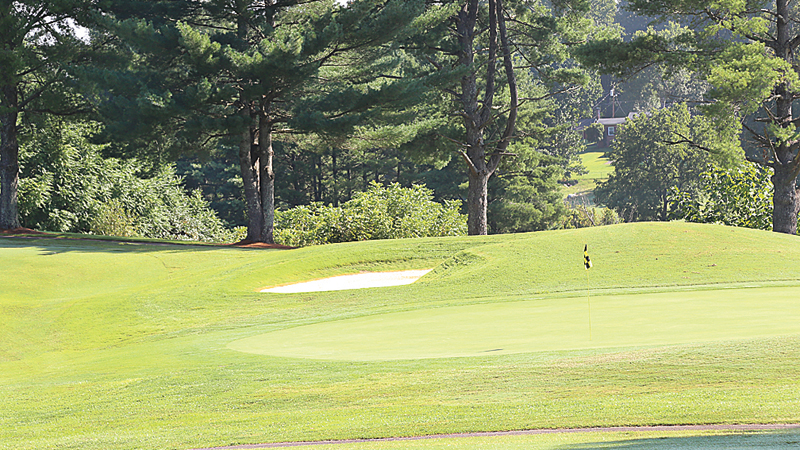 Star Photo/Abby Morris-Frye On Sept. 7 area golfers will test their skills on the greens of the Elizabethton Golf Course to help raise funds for the United Way of Elizabethton/Carter County.

The United Way of Elizabethton/Carter County is inviting local golfers to take a swing at fighting for the health, education, and financial stability of their community.

On September 7, the local United Way will host their 7th annual Golf Tournament fundraiser at the Elizabethton Golf Course.

“It’s a four-person team Captain’s choice tournament,” said Crystal Carter, Community Impact Coordinator for UWECC. “There will be a putting contest and a hole-in-one contest.”

Additionally, tees and bogeys will be available for purchase should a team desire to buy them to improve their chances of winning, Carter said.

The event will kick off at 11:30 with registration followed by lunch at noon catered by Chick-fil-A. The tournament will get underway at 1 p.m. with play expected to end by 5 p.m. for an awards and prizes ceremony.

“This golf tournament is unique from other non-profit tournaments in the Tri-Cities because we are a little more low-key and have fewer players so we are able to get through the tournament quicker,” Carter said. “There’s not much back up at the tees and people are able to play through.”

Having a smaller group of players also allows the tournament to complete faster which Carter said some players enjoy because they are not out on the course at 7 or 8 p.m. trying to finish up.

“It feels a lot smaller and you get to have that camaraderie and get to know other people,” Carter said. “We are proud that we have been able to keep it low-key.”

The cost to participate is $60 per player or a business can sponsor a team for $300 which covers the fee for four players as well as giving the business a hole sponsorship to advertise with. Carter said hole and cart sponsorships are still available for the tournament at a cost of $100 per hole or $50 per cart.

Players will have the chance to try their luck at earning a $10,000 prize according to Carter by hitting a hole-in-one on a predetermined hole on the golf course. Carter said other door prizes will be awarded during the gathering after the tournament.

Players can sign up to play right up until tee time on the day of the event, but Carter said those wishing to sign up as a sponsor need to have that done by September 3 to allow time for the sponsorship signs to be made.

The United Way of Elizabethton/Carter County is also looking for local businesses or individuals who want to donate a prize to be given out at the event. All donations of prizes and sponsorships are tax deductible, and Carter said she can provide all of the necessary paperwork for the tax deduction.

For more information on the golf tournament, to sign up as a player or sponsor, or to make a donation for the event, contact Crystal Carter at 423-543-6975 or by email to director@uwayecc.org.