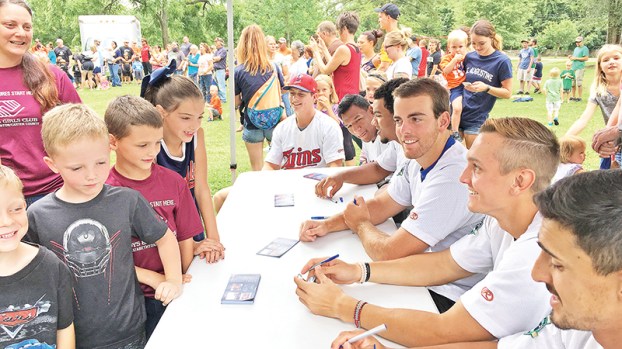 Elizabethton Mayor Curt Alexander confirmed the agreement happened during a phone interview Saturday afternoon, and stated the agreement must be taken before City Council on Thursday, Oct. 11, for a final vote before becoming official.

The agreement is a five-year agreement between both parties to keep the Twins at Joe O’Brien Field. Two five-year options are also on the table per the agreement.

Overall construction cost is pegged at $2,322,110. Elizabethton will contribute $1.5 million toward the project while the Minnesota Twins will pitch in $800,000.

If approved Thursday, Alexander added that construction will begin the following day. Burleson Construction out of Johnson City will handle the construction while Populous, Inc., based out of Kansas, will handle the architectural designs. The Elizabethton Regional Planning Commission recently approved designs by Populous — Minnesota’s architectural firm — that calls for a new clubhouse behind the scoreboard at Joe O’Brien and improvements behind home plate. The  new home dressing room that will also be the home for the Elizabethton High School Cyclones baseball team.

To cover the cost of construction, Alexander said the plan is to reallocate a portion of the 2018-19 bond proceeds to Joe O’Brien construction. The mayor added that in the spring, a capital outlay note would be issued to cover the rest of the projects that were on the docket for this year, including improvements to the Ritchie’s building near the Elizabethton Police Department. Alexander added the decision to issue a note in the spring is because payments won’t be due until the spring, which is when the city receives its heavier cash flow. The vote to reallocate monies will be on a first reading during Thursday’s meeting.

Alexander added that the agreement also includes a wordage that Elizabethton and Minnesota will work together to find a management firm to help with the day-to-day operations of the team. The Elizabethton Twins are currently managed by the City’s Parks and Recreation Department. Prior to this agreement, the City was in talks with Boyd Sports, which currently operates MiLB programs like the Johnson City Cardinals, but talks stalled during the negotiation process between Elizabethton and Minnesota. Further information on the new deal will appear in future editions of the Elizabethton Star.

With four spots available, five city residents have put their names in the ring to serve on the City Council... read more