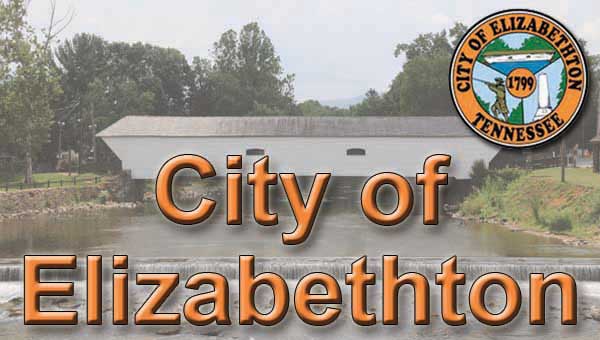 If things can happen according to plan, the Elizabethton Water Resources Department hopes to begin work on fixing water lines near the Valley Forge community.

City Council will vote Thursday to approve a resolution to apply for an Appalachian Regional Commission (ARC) grant to help fund a line replacement project.

According to information provided by Water Resources General Manager Johan Coetzee, the city has two major water lines that cross the Doe River near the Valley Forge Bridge that account for roughly 75 percent of the city’s water supply. Over time, according to Coetzee, the concrete protection around the pipes has been compromised. The director added that one of the reasons for the damage near the protective wall comes from the 1998 flood that affected the region.

With the wear-and-tear, the goal is to start line replacement in the area. Coetzee stated in an agenda item summary that the cost for work is $1,050,000. If the city is able to receive the ARC grant, that will account for $500,000 of the project.

“The remainder of the funds is the city’s responsibility,” the summary states. “We are still working on funding solutions. We are asking Council to make this resolution in good faith. Should we be successful in our application and not be able at the time to fund the city’s portion, we have the ability to not accept the funding.”

In other business during Thursday’s meeting, officials will look at approving a measure for some spooky fun in downtown Elizabethton.

Council members will vote during the evening on a road closure that impacts the annual Downtown Halloween. According to the agenda item provided by Parks & Rec, staff is asking for East Elk Avenue from Elm Street to Sycamore Street, East Elk from Sycamore Street to Riverside Drive and East F Street from the railroad bed to East Elk be closed from 2:30 to 5 p.m. on Wednesday, Oct. 31.

First Baptist Church has also asked for South Lynn Avenue, in front of the church, be closed from 2:30 to 6 p.m.

A variety of activities will be going on during the evening with the trick-or-treating at local businesses scheduled to take place from 3 to 4:30 p.m. that day.

The city will also take time Thursday to recognize the Elizabethton Twins Minor League Baseball Team. During the 2018 season, the Twins were able to repeat as Appalachian League champions.

World Animal Day: Community gets close up of exotic animals

Tuesday was for the birds at the Elizabethton Recreation Center. Denise Wynn and Taylor Simounet from Doe River Gorge stopped... read more