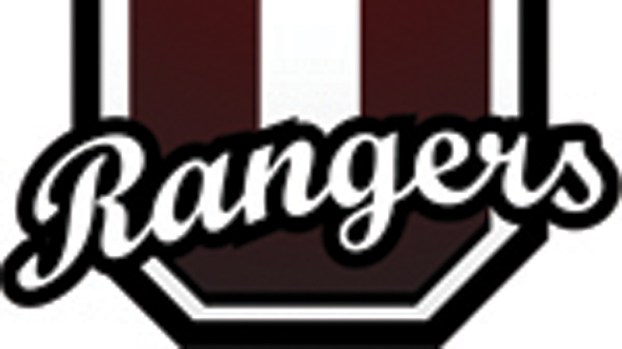 For four innings on Thursday at Claude Holsclaw Field the Unaka Rangers built an 11-2 lead while freshman pitcher Joseph Slagle was holding South Greene at bay.

The Rebels, however, put on a late charge that threatened to upset the Rangers apple cart.

Slagle was reinserted in the sixth inning in relief of fellow freshman Daniel Shearl when he struggled and held the Rebels off in the seventh to salvage a 12-10 non- conference win.

The two teams combined for 27 hits and Unaka improved to 14-11 overall.

Over the first four innings, the Rangers collected 14 of their 15 hits with senior first baseman Bryson Street crushing a solo home run to center field in the opening frame.

Street had this to say about nearly pulling defeat from the jaws of a sure victory, “We have to keep our composure, that’s a lot of it. We got satisfied with the lead. I just thought we need to keep pushing the gas and especially with tournament time coming up.”

A wild pitch brought Ramsey home ahead of Street’s homer and later in the frame third baseman Nick Nunley had an RBI hit.

In all, Street, Ramsey, Nunley, Nolan Bradley, Daniel Ensor and Davy Ensor each had two hits in the contest with Bradley driving in four runs.

Bradley had a two-run double in the third frame and a two-run single in the fourth as the Rangers built their big lead.

The Rebels battled back and scored two runs in the top of the fifth to chase Slagle with Jesse Lawing delivering a pinch-hit, two-run single.

Shearl came on to open the sixth but had control problems leading to a six-run South Greene uprising.

In the frame Shearl gave up six runs on four hits and walked three, including two with the bases loaded, to give the Rebels a new life as they cut the deficit to 12-10.

Slagle returned to the mound and retired the last two SG hitters to salvage the two-run Ranger lead.

“I had to run Slagle back out there in the sixth when Daniel didn’t have it,” Rangers manager Tee Blevins said. “That’s a lot of pressure for two freshmen to handle but they battled all game.

“I told them that we had two chances to put them away and they have to keep their foot on the gas. Take the lead when you can and try to hold it.”

With one out Slagle walked Jake Lawing and Rebels cleanup-hitter Isaac Collins singled as the SG dugout was roaring it’s approval and had hopes of a win looming in its sight.

Slagle reached back and struck out Nathan Linsby and retired Hayden Hoffman on a fly ball to left field to end the contest.

Sometimes in the game of softball, a batter has one of those days where the ball looks as big as... read more