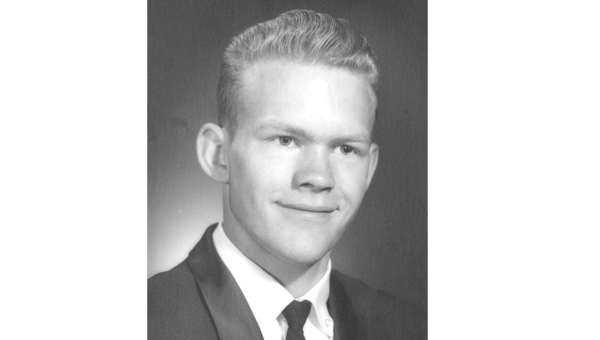 A Life Lived: Carl Montgomery was proof that there are no ordinary people

Carl Montgomery was one of those people who led a simple, quiet life. He didn’t make the headlines, never held or ran for office, but in some people’s eyes, he was the best.
Carl loomed large in the life of his sister, Shelia Williams, who in a tribute to him wrote: “Truly one of the best men that will ever be. He was a friend to all and a daddy to many. He will be missed when we need help and advice and a shoulder to cry on. He will be missed when we want to tell him a happy or funny story. My brother had a way of making everything all right…He always knew what to do or had advice that could help you sort things out.”
Carl Montgomery died March 18 at the age of 72 after a bout with cancer.
Carl’s wife, Sandra, echoed the words of Carl’s sister. “He was a good man, a hard worker, and a friend to many people.”
“All the man knew was hard work,” said Sandra. Carl worked for a number of years at ColorWorks, and retired from Snap-on Tools.
Carl’s wife noted that he enjoyed yard work, and just “piddling” around the house and the garage. He liked cars and loved motorcycles. In fact, he had owned a motorcycle for 20 years before selling it a short time ago.
A 1965 graduate of Hampton High School, Carl was a Bulldog to the end. He enjoyed basketball and football, and always pulled for Hampton teams.
Carl and Sandra had no children of their own, but he had a nephew, Todd Montgomery, who was like a son to him, and Todd’s daughter, Paige, was like a granddaughter. A co-worker noted that Carl always talked about his wife and granddaughter, Paige.
The exceptional thing about Carl was the number of friends he had. “He had more friends than Carter had liver pills. When we were receiving friends at the funeral home, so many people shared things about Carl. He had helped so many. One man shared that Carl gave him gas money; another shared that he gave him a piece of furniture when his home burned. He was a very giving person,” shared Sandra.
“Carl was a homebody. We traveled some, but he was content just being at home,” said his wife.
“He enjoyed being with his family and friends, and attending church,” Sandra continued. He was a faithful member of Friendship Free Will Baptist Church in Hampton.
“Carl didn’t have a lot of interests. He was just an ordinary person, who loved his family and friends, and enjoyed working,” Sandra said.
But, the point is that to some people, Carl Montgomery was a special person and special friend, which made him anything but ordinary.
You Might Like

FROM STAFF REPORTS The Elizabethton Parks and Recreation Department will be closing the followingfacilities until further notice. This would include... read more