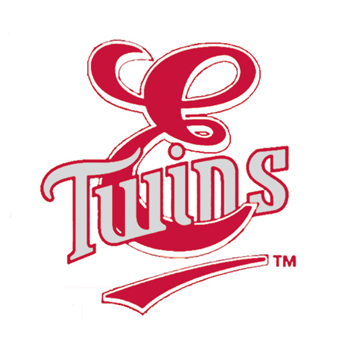 BY IVAN SANDERS
STAR SPORTS EDITOR
ivan.sanders@elizabethton.com
Depending on what source one listens to, minor league baseball is either planning to start the season and move forward or see several teams completely eliminated.
For Elizabethton Twins general manager Brice Ballentine, the E-Twins are plowing forward and preparing to play baseball once the season kicks off as negotiations are still ongoing between Major League Baseball and Minor League Baseball as to how the season will evolve.

“We are planning for the 2020 season to start June 22nd but we have to see when Major league baseball starts their season as we can not start before they do,” Ballentine said.

“The only update I have on the negotiations is that they are still ongoing between Major and Minor League Baseball. I have faith that they are working diligently to get a long-term deal done.”

One move by Major League Baseball that could prove to be a little sticking point is the decision to move the draft until July. With the E-Twins being a developmental league there might be a concern on the availability of players but Ballentine feels confident it wouldn’t impact fielding a team.

“The draft being moved to July is not a big deal for us,” stated Ballentine. “The Twins still have enough players in the system to send us a team here in Elizabethton.”

After a great first year in Elizabethton under the leadership of Ballentine, the E-Twins are working hard to provide the same family fun and more with the 2020 season.

“We are still working diligently here to make sure that the 2020 season will be another great year in Elizabethton,” added Ballentine.”We are still planning to do firework shows, giveaways, and other theme nights.

While Ballentine and his staff have been focused on the 2020 season, the thought of the E-Twins being one of the teams on the chopping block for Minor League Baseball has impacted fans not only here but throughout the Appalachian League.

And while fans shudder at the thought of baseball going away in Elizabethton after being played here for many years, it has also impacted Ballentine who will be entering his second season as the General Manager for the E-Twins.

“When the news broke about MLB’s plan to cut 40 teams, and that we were on that list, it was very frustrating,” Ballentine continued. “I have been here going on my second season and can see what the Twins mean to Elizabethton.”

Ballentine, as well as all Elizabethton Twins fans, are hoping in just a few short months the sound of ball meeting wood and the umpire’s call to play ball will once again sound throughout Northeast Community Credit Union Ballpark.