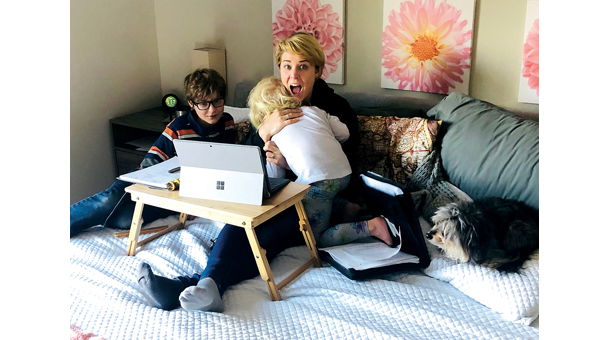 While the Carter County Drug Prevention Coalition staff are working from home, there’s an emphasis on the working aspect.
Dolly Reaves, the project coordinator for the organization, detailed what this experience has been like.
“We’ve still been rocking and rolling,” she said. “We’re working from home, but we’re working. And we’re grateful we have the ability to do that.”
While working from home, Reaves said they have kept busy with various projects and other work.
One aspect they have worked on is National Drug Prevention Week, which will continue despite COVID-19, just in a digital way.
“We’re hoping to encourage folks to share some pictures or some memes about drug prevention, or why they’re in recovery, whatever is drug prevention related,” she said.
Reaves said this will be through social media. This is a contrast to the activity and event based aspects the week usually has. She said things planned included a skit, and a drinking and driving campaign with their youth coalition.
“While we can’t do events in person, we are excited to implement those same themes and concepts into social media posts and online events,” she said. “We are hoping it gives us an opportunity to reach people that we perhaps wouldn’t have in person.”
Other things the coalition has been working on include: background work, writing grants for things like a space behind the library as a hangout space, ZOOM meetings with staff and also the youth coalition, training classes with their coalition partners, providing support to kids through food and tips for staying home alone safely, giving mother support classes, and more.
In describing the mother support classes, which she works on with Gratia Cash, breastfeeding peer counselor at the Carter County Health Department, Reaves detailed a sense of community.
“She and I got together and thought of how we could virtually support mamas during this time,” Reaves said. “We thought of a virtual mom group on ZOOM. This is open to the public. Any mama who joins, which it’s a Facebook page called ‘Mom’s Night In,’ if they join this group, they get access to these meetings. There’s no structure. We really just get a bunch of moms together and talk about how everything is going. We rant, and the topics get pretty personal. Which encourages me that with these women, we are building a trusting relationship, where we can vent and help support each other in ways we couldn’t have done. I’m really excited about it.”
These meetings take place twice a week on Wednesday at 7 p.m. and Saturday at 8 p.m.
The coalition is also working on helping aid parents with resources for their children to talk about tobacco, alcohol and drugs.
During this time, Reaves also wanted to give a shout out to work being done by others while things are closed. Mike Hill, a Carter County Commissioner, helped in making Carter County Courthouse facilities tobacco free.
“Work doesn’t end with quarantine. We’ve actually been working harder,” she said. “Working from home allows us to zero in on a lot of things we may get side tracked on.”
Reaves wished everyone the best during uncertain times and maintaining mental health. The number for the National Suicide Prevention Hotline is 1-800-273-8255.
You Might Like

BY IVAN SANDERS STAR STAFF ivan.sanders@elizabethton.com  If there is one thing that the COVID-19 pandemic has shown, it is the... read more