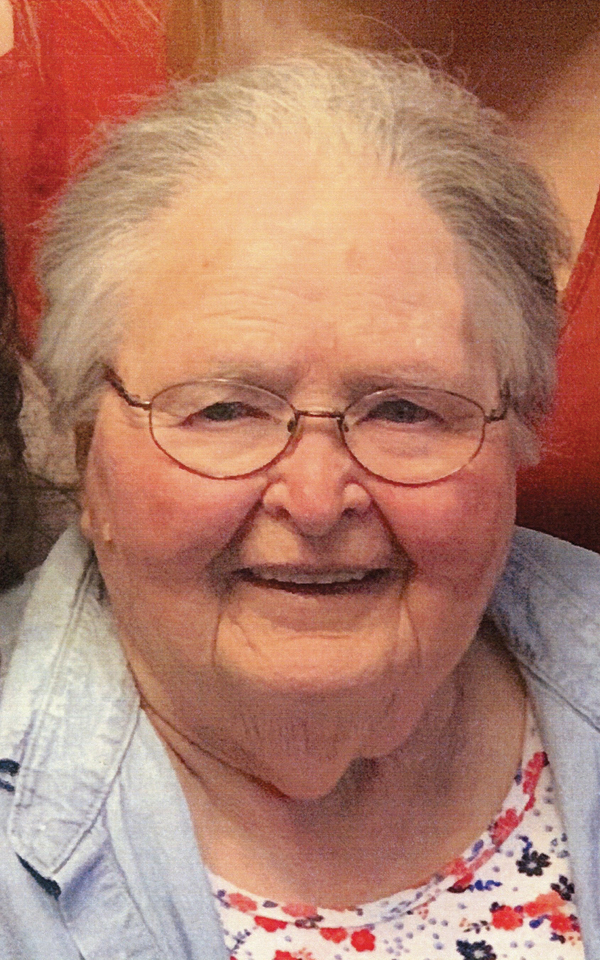 A Life Lived: Nellie Pate’s pride and joy were her grandchildren

By ROZELLA HARDIN
Editorial Director
rozella.hardin@elizabethton.com
It’s been said that children are the rainbow of life and grandchildren are the pot of gold. Nellie Jo Pate found her pot of gold not at the end of a rainbow, but in her ten grandchildren and the great-grandchildren that followed.
“She loved her grandchildren and they loved her,” said her only son, Dannie. “They were the delight of her life.”
“I remember in her earlier years when some of the grandsons went frog gigging on summer nights. My mother would stay up waiting for them to return, and it was not unusual to find her at 11:30 or at midnight in the kitchen frying frog legs for them,” Dannie shared.
But, heck, what goes together better than kids and frogs and grandma?
Dannie said his mother enjoyed going fishing, especially with the kids. “She would bait their hooks, and often dig fish hooks out of their fingers. And, if they caught anything, she would fry it. My mother was a great sport.”
Nellie Jo Pate died July 8 at the age of 87. She was the widow of Jack D. Pate, to whom she was married 65 years. They were the parents of four daughters and a son. In addition to Dannie, their children included Cathy Timbs, Belinda Heaton, Kimberly Proffitt, and Leann Pate.
Nellie grew up in Elizabethton and graduated from Elizabethton High School. At one time she worked at Happy Valley High School as head cook. But, for the most part, she was a stay-at-home mom, who enjoyed caring for her family.
Dannie said his mother was an excellent cook, who could “cook just about anything.”
“She cooked three meals a day,” he said. Dannie described his mother’s cooking as “country cooking — soupbeans and cornbread.” He remembers her “gritted” bread, which was made using mature ears of corn, which were too full for roasting ears. “She cut the corn off the cob and made cornbread out of it. It was kinda like a cake, very tasty and good,” he explained.
Dannie added that his mother made a lot of cakes and pies. “She liked desserts, and she taught us all how to cook,” he said, noting that she had lots of recipes which she shared with the family.
But Grandma Pate could do more than cook and keep house. She enjoyed gardening and canning, but she was a pretty good shot with a shotgun as well. “She taught the grandkids to shoot BB guns. I seen her take down two menacing birds with one shot,” said Dannie.
Nellie like to sew, especially make dolls. “She would order ceramic doll parts, put them together and make clothes for them. One of her favorite things to make was sock monkeys. She made a lot of those.
“She would try anything, including woodworking projects. I remember her making rocking horses for the kids. This was probably 35 years ago. Some of them are still in the family,” Dannie said.
Nellie was a member of Carter Christian Church, a community of believers that she loved and enjoyed worshiping with.
Nellie was one of eight children, and the last to die. She was laid to rest July 11 at Happy Valley Memorial Park with family and friends attending. Nellie Jo Pate is now with her Lord, but, what timeless treasures of the heart she created for her children and grandchildren — memories that will never fade.
You Might Like

As early voting continues and election day nears, a local candidate for the 4th District seat in the Tennessee House... read more