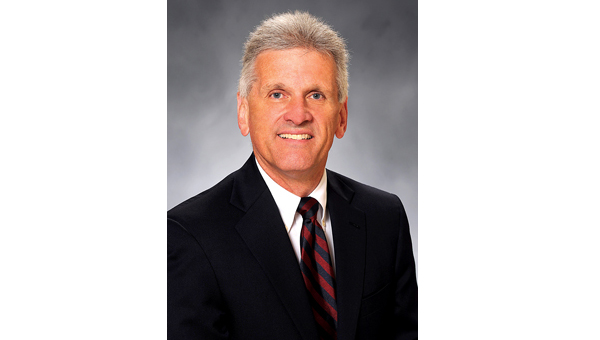 As early voting continues and election day nears, a local candidate for the 4th District seat in the Tennessee House of Representatives, Robert V. “Bob” Acuff, has garnered the support of a state firearms group, the Tennessee Firearms Association.
“Bob Acuff’s perspective on the 2nd Amendment is borne out of his appreciation for Law Enforcement and his love of his community,” said Jeff Hartline, TFA spokesperson. “He fully understands the importance of making sure that Tennesseans retain their Constitutional right to ‘keep and bear arms.’ But more than perspective, the Tennessee Firearms Association supports Bob Acuff because we believe he will be an active voice in the Tennessee House as we secure this right, rather than the silent voice of the current Representative.”
The TFA list of goals include seeking to enact full and actual “constitutional carry” in Tennessee while retaining an optional, low cost civilian weapons permit for reciprocity purposes; eliminating gun free zones and eliminating local government control of firearms ownership use, carry and possession; simplifying the state’s gun laws so that average citizens can easily understand them; providing for greater citizen enforcement of 2nd Amendment protections in the courts and prohibiting the use of state tax dollars to enforce federal laws; and encouraging firearms education and training for students. The group also seeks to have recorded votes on all of their bills in the committees and on the floors of both houses.
Acuff, a conservative Republican, says he is seeking the TN House seat to give the 4th District (part of Carter County and all of Unicoi County) “a seat at the table in Nashville.”
“Now is our time, the time to be front and center in Nashville, making our district’s voice heard,” Acuff said. “We need to be knocking on doors and standing in front of the desks, outlining our needs and making the case for our future.”
Acuff supports the 2nd Amendment and is a pro-life fiscal conservative. Additionally he has developed a “Road Map for Carter and Unicoi” — his goals for the 4th District — which includes bringing more primary care doctors to the rural region as well as growing the number of health clinics and access for dental care; expanding internet and broadband access to increase access for public education, small businesses and improving economic growth; increasing the focus on tourism as part of the region’s economic development; continuing to focus on the opioid epidemic and addiction in our district; and enhancing K-12 education to include skills development to bolster the trade industries, as well as focusing on agriculture and home economics skills.
Currently serving in his sixth year as a commissioner for the First District of Carter County, Acuff is the chair of the Health and Welfare Committee. As such, he led research into the county health insurance which resulted in saving county citizens more than $250,000 while also providing affordable insurance plans through a Health Savings Account for county employees and their families. Acuff believes this will be a great help with employee retention as well as recruitment of new employees.
An eighth-generation Tennessean, Acuff was a member of the Johnson City-Washington County Planning Commission, and he’s done a great deal of work with the federal and state governments around the areas of health care. He served several years as the director of Governmental Relations for East Tennessee State University where he is a professor of surgery in the Quillen College of Medicine.
And while many will wonder if he is related to famed country musician, Roy Acuff, the answer is “yes” — the two were cousins.
Acuff lives in Elizabethton with his wife, Marcia. They are the parents of one adult daughter.
“There are challenges to overcome, but so many opportunities lie ahead,” Acuff said.  “There’s no doubt in my mind that together we can build bridges toward a brighter future. It will take hard work. It will take cooperation, communication, a positive attitude and a foot on the gas that refuses to let up. With hope, heart and a lot of hard work, together we can make great things happen for the 4th District of Tennessee.”
You Might Like