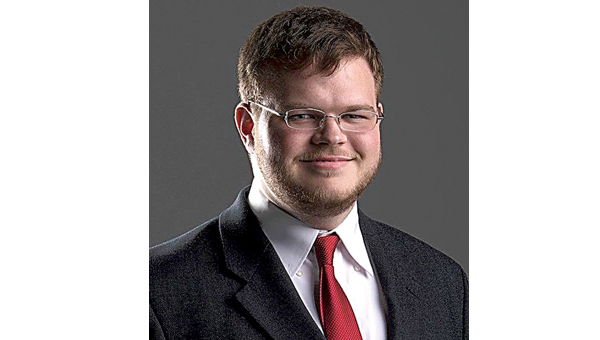 At the age of 25, Chance Cansler has decided to run for Congress.
“I’m of the Millennial Generation and I didn’t like how my generation was being portrayed,” he said.
Cansler, who is from Morristown, is a college graduate of Middle Tennessee State University with a degree in economics and has worked in data analyst roles.
He said his decision to run for Congress follows his distaste for how his generation is being represented.
The Congressional runner describes himself as a free-market capitalist, unabashedly.
“I think America is the greatest country that has ever been on the face of the Earth,” he said. “I think America has a very bright future if only we would work hard for it.”
He explained that the nation’s spending was one of the aspects he found alarming.
“I didn’t see where we were going right now, how that was going to continue on our current path, because we are unsustainably spending,” he said. “Our deficit hit like three trillion dollars and our debt is like 26 trillion dollars. That’s insane. It’s unsustainable.”
While Cansler regards himself as a Republican, he said he does not like how they have been governing in areas like spending, abortion laws, and the Second Amendment.
In outlining his campaign, he broke it down into three parts surrounding life, liberty, and the pursuit of happiness.
On life, Cansler explained his stance regarding abortion.
“Life, pro-life, making adoption simpler and cheaper,” he said.
On liberty, he spoke about the Second Amendment.
“The policy I’ve been wanting to do there is national reciprocity for concealed carry permits,” he said. “So that every permit in every state is recognized in every other state.”
Lastly, he spoke on his focus on the pursuit of happiness.
“It’s really about fighting corruption,” he explained. “I guess the Trump term would be ‘draining the swamp.’ Out of the 20 richest counties in the United States of America, 10 of them are in Washington D.C. All of that money is coming from government contracts and going to politicians and cronies in that area; to me, I don’t see that as right.”
Cansler went on to discuss why people should vote for him.
“I have been running on these issues, and people should vote for me if they feel strongly about these issues I’ve put forward,” he said.
“Yes I realize other candidates have been pro-life and pro-gun and pro-Trump, but I think we also need a balance, because while yes I respect our president and plan on voting for him in November, I think there should be a balance within Congress that tells him, ‘look, sir, you can’t be spending and spending and never pay it back.'”
Cansler said the promise of balancing a budget that came from President Trump while he ran back in 2016 is something that he does need to be held accountable for and he hopes to be able to.
For more information on Cansler, you can check out his Facebook page named “Chance 4 US Congress.”
You Might Like

A head-on collision at 2309 Siam Road blocked both lanes of traffic Thursday afternoon. According to a deputy who responded... read more