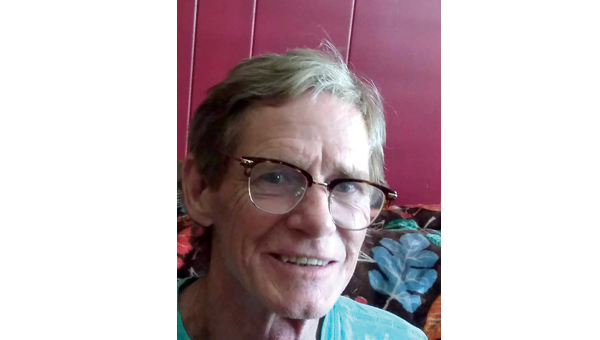 Contributed Photo Chuck Miller said he wants to dedicate the rest of his working life to this country as he runs for Congress.

Chuck Miller wants to dedicate the rest of his working life back to his country.
Miller has lived in various parts of the country throughout his life, including Ohio, California, Texas, Florida and Georgia. The Navy veteran has called this region home since 1994. He works as a manufacturing engineer.
He said his decision to run for Congress came from a desire to give back to his country…again.
“I was in the U.S. Navy. I was a submarine sailor and worked as a reactor operator. I gave the first eight and a half years of my adult-working life, and I’m ready to give the last six of my adult-working life back to my country,” he said.
Miller explained that the House of Representatives are supposed to be a representation of the people living in the area they serve.
“I volunteer my service, the patriot statesman, the way it was supposed to be, not someone going there to make it an occupation, and make $200,000 a year,” he said.
Miller said he believes that representatives should make the same as the people they represent rather than a hefty paycheck.
“It’s a service, not an opportunity,” he said. “That’s why I’m running.”
Miller said he believes that the state this country is in is due to situations like this with career politicians.
“People are there for life because they made it an occupation,” he said.
In outlining his campaign, Miller said he has been self-funded and campaigns on overcoming the broken system. Miller believes that the legislature is doing poorly at decision making and balancing the country’s finances. Additionally, he believes the government is in a bind, with branches of government not functioning properly.
“I believe what people around here believe, and I will not be dissuaded from that, not for any amount of money, not by anything,” he said.
Miller believes he lies in the middle of the road in policies due to compassion for others, which he says many in this area can relate to. He added that there is no ulterior motive to his running.
“I have no hidden agenda, what you see is what you get,” he said. “I’m not going to sell out, and if I see any of that I wll let people know about it.”
For more information on Miller, you can check out his Facebook page at “Chuck Miller for Congress, Tennessee’s first congressional district.”
You Might Like

At the age of 25, Chance Cansler has decided to run for Congress. “I’m of the Millennial Generation and I... read more