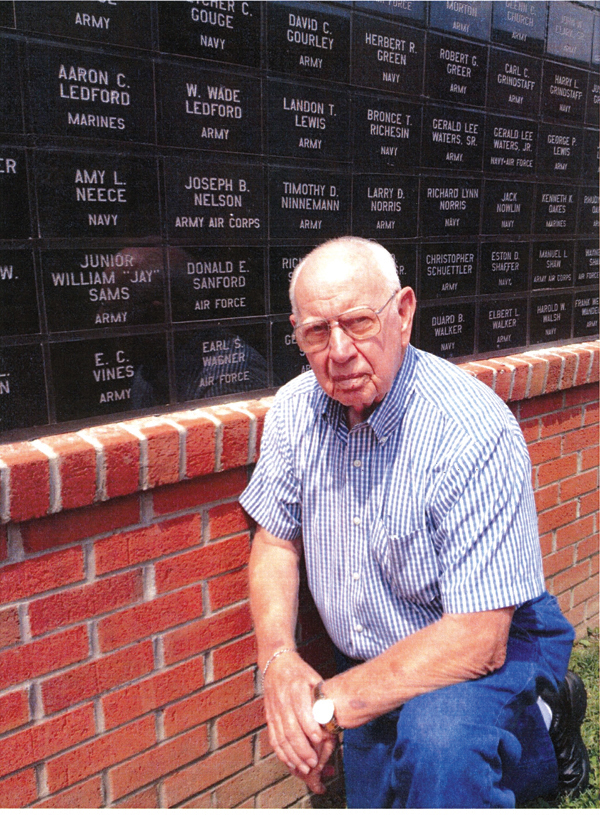 EC Vines, 87, of Hampton, Tenn., went to be with the Lord on Friday, July 24, 2020, in Middletown, Ohio, surrounded by family.
EC was born October 4, 1932 in Roan Mountain, Tenn., to Thomas and Carrie Vines. In 1950 he was drafted into the United States Army as an infantryman where he traveled to Austria with the 3rd Armored Cavalry Regiment in support of the Cold War. Upon his return he married Nellie (Johnson) Vines on February 16, 1955. In 1956 he moved to Canton, Ohio where he was a welder for Union Metal and retired after 24 years of service.
During his time in Ohio he welcomed his two daughters, Donna and Darla. After a 10-year illness EC’s wife went to be with the Lord in 1981. In 1982 he returned to Tennessee and married Elva (Hicks) Vines and gained four daughters, Sharon, Anita, Bertie and Bea. After his second retirement as welder for Mor Flo he enjoyed “loafing around” with his best buddy and brother-in-law, Martin Bennett. They enjoyed woodworking, fishing, gardening, and fixing things for their family and friends. EC enjoyed serving the Lord as a Deacon at Union Baptist Church in Hampton.
EC was preceded in death by his parents; his two loving wives; two sisters, Georgia Mae Black and Rosalie Hartley; and son-in-law, Wayne Pryor*.
His memory lives on by his daughters who he said were “six of the best girls that ever lived,” Donna (Bill) Rogers of Middletown, Ohio, Darla (Wayne*) Pryor of Uniontown, Ohio, Sharon (Ted) Hardin of Hampton, Tenn., Anita (Freddie) Holly of Elizabethton, Tenn., Bertie (Allen) Hobbs of Blountville, Tenn., and Bea (Eddie) Owens of Limestone, Tenn.; as well as his 10 grandchildren and two great-grandsons, Jennifer, John (Fallon), Stephen, Ashley, Logan, Carrie, Sierra, Gabriel, Trinity, Kaylan, Christopher and Lincoln.
Visitation will be held at Memorial Funeral Chapel in Elizabethton, Tenn., on Monday, July 27, from 6 to 7 p.m. (mask required) followed by a private burial at Fort Mountain Cemetery in Newland, N.C. In lieu of flowers, please make a donation designated for research to the Alzheimer’s Foundation at alzfdn.org. Due to the COVID-19 pandemic, everyone is required to wear a mask and practice social distancing. Condolences maybe sent to the family at our website, www.memorialfcelizabethton.com.
Memorial Funeral Chapel, 212 N. Main Street,  Elizabethton, Tenn., is serving the Vines family.
You Might Like