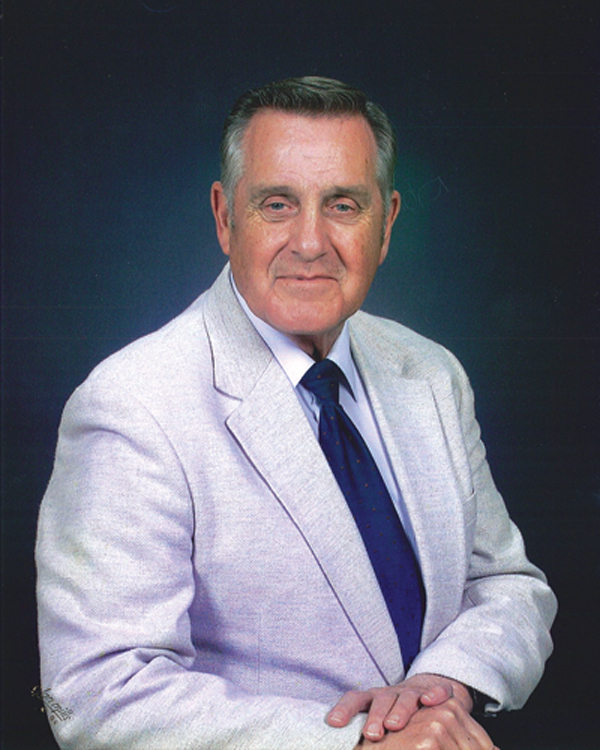 Billy P. Broome, 92, of Elizabethton, Tenn., went home to be with his Lord and many precious family members July 26, 2020 at Sycamore Springs Senior Living Community. He was the son of the late Horace Arnold Broome Sr. and Cora Nave Broome.
Billy was a graduate of Elizabethton High School where he played football and received the honor of being a member of the 1945 All East TN Football Team. He received two all-state medals in track for running the hurdles in high school and was selected to the Elizabethton High School Sports Hall of Fame in 2002. He was a U.S. Army Veteran and was present when the atomic bomb was first tested. He was on the front lines in the Korean War and served as a cook. He sold snack foods for Wonder Continental Baking. He also painted and wallpapered many homes and businesses.
Billy was very loving, hardworking and a friend to all. He was a lifelong member of East Side Baptist Church where he served as a church clerk for over 50 years and was a former choir director. Billy loved fishing, singing, spending time with his family, especially trips with his wife Margaret, Lilo and a grandson, Brett. He enjoyed cooking Sunday breakfast for the men’s group at his church, helping at Friends of the Library Book Sales, spending time with his other grandson, Ben, and Sunday lunches at his sister’s-in-law.
In addition to his parents, he was preceded in death by the love of his life, his wife, Margaret Waechter Broome; son, William Albert Broome; brothers, Bobby Broome, Horace Broome Jr. and Carroll Broome; sisters-in-law, Hedy Klapp, Dixie Broome, Grace Broome and Joyce Broome; brothers-in-law, Howard Duncan and Jack Klapp; nephews, Brian Broome and Horace Arnold “Bubba” Broome III; niece, Tana Broome Johnson; great-niece, Whitney Broome; and an infant sister.
Those left to cherish his memories include his daughter, Terry Cole of Elizabethton; daughter-in-law, Lisa Broome; special sister-in-law, Lilo Duncan; grandchildren, Brett Cole and wife Rachel, Becky Wexler and husband Michael, Ben Cole, Isaiah Broome, and Lucy Webb and husband Jeremy; great-grandchildren, Maggie Cole, Aubrey Cole, Aiden Cole, Olivia Wexler, Paige Wexler, Autumn Broome, Bradleigh Webb and Hendrix Webb; and a special niece, Mary Lee Klapp. Several other special nieces, nephews, a great-nephew, great-nieces and cousins also survive.
A graveside service to honor the life of Billy P. Broome will be conducted at 11 a.m. Monday, August 3, at Happy Valley Memorial Park with Mr. Brett Cole and Rev. Tim Adkins officiating. Active pallbearers will be Brett Cole, Ben Cole, Aiden Cole, Michael Wexler, Rick Broome, Robert Broome, Sam Rogers and Hunter Nelson. Honorary pallbearers will be members of East Side Baptist Church, neighbors on North Main Street and his many loving friends. Those who will be attending are asked to meet at the funeral home at 10:15 a.m. Monday to go in procession to the cemetery. Family and friends are welcome to visit Hathaway-Percy Funeral and Cremation Services on Sunday, August 2, between the hours of 9 a.m. and 4 p.m. to pay their respect and sign the guestbook. Due to the COVID-19 pandemic, Carter County is mandating that all citizens who live in or visit Carter County wear masks in public. In keeping in accordance with this mandate, all visitors to the visitation/funeral service are required to wear a mask and or facial covering. Also, social distancing recommendations will be observed. The Broome family would like to give a heartfelt thank you to Amedisys Hospice and all the exceptional nurses and aides at Sycamore Springs Senior Living Community for their love to Billy and also to many others too numerous to name. Those who prefer memorials in lieu of flowers may make donations to Recovery Soldiers Ministries, P.O. Box 603, Elizabethton, TN 37644; Juvenile Diabetes Foundation, 6701 Baum Drive #240, Knoxville, TN 37919 or Elizabethton/Carter County Imagination Library, 201 North Sycamore Street, Elizabethton, TN 37643. Online condolences may be shared with the family and viewed on our website at www.hathawaypercy.com.
Hathaway-Percy Funeral and Cremation Services are honored to serve the Broome family.
You Might Like