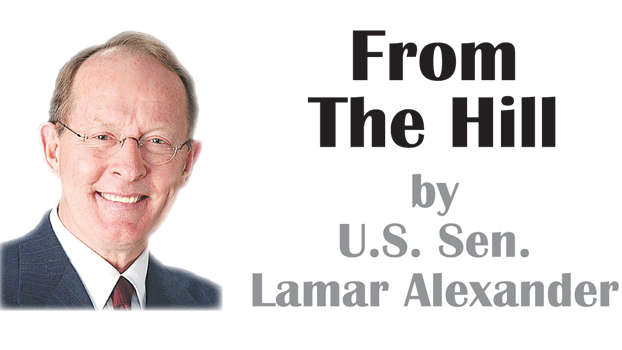 Last week, the Trump Administration designated the Hermitage Hotel in downtown Nashville as its first National Historic Landmark — a fitting tribute to Tennessee’s decisive role in giving women the right to vote.
The Trump Administration’s decision to designate this site as a National Historic Landmark cements the hotel’s legacy as one of the most prominent sites in the women’s suffrage movement.
In the summer of 1920, suffragists used the Hermitage Hotel as their headquarters to coordinate efforts to persuade legislators to make Tennessee the 36th and final state to ratify the 19th Amendment to the Constitution, securing the right of women to vote nationwide.
Here’s the story:
By August of 1920, 35 of the 36 necessary states had ratified the 19th Amendment. On August 9, 1920, the governor of Tennessee called a special session of the General Assembly to consider the amendment. The Hermitage Hotel served as the headquarters for journalists and politicians, as well as pro-suffrage and anti-suffrage activists from around the state and the nation who descended on Nashville during special session.
Ms. Carrie Chapman Catt, one of the leaders of the pro-suffrage movement, stayed in the hotel for five weeks while she strategized how to persuade members of the General Assembly to vote for ratification. The hotel is the singular, non-governmental building that served as the most prominent site of the crowning achievement of the suffrage movement, securing the right of women to vote nationwide.
On August 18, 1920, Tennessee became the 36th state to ratify the amendment. With Tennessee’s ratification, the 19th Amendment ensured that the right to vote could not be denied based on sex in the United States.
For middle school and high school students in America, U.S. history remains their worst subject. As a country, we must do better so that our children grow up learning what it means to be an American. I can’t think of a better way to encourage our children to learn more about the women’s suffrage movement than understanding the history of what happened at the historic Hermitage Hotel.
Earlier this year, Senator Marsha Blackburn and I wrote a letter to the Secretary of the Department of the Interior, David Bernhardt, encouraging the administration to consider the Hermitage Hotel’s application to become a National Historic Landmark. And on July 1, The National Park Service Advisory Board voted to recommend the hotel be added to the National Historic Landmark list.
Congress has made it a priority to celebrate the 100th anniversary of the 19th Amendment. Bipartisan resolutions have been passed, and a bill was signed into law directing the U.S. Treasury Department to mint coins in commemoration of the centennial. It is a fitting tribute to also memorialize the Hermitage Hotel’s role with this important designation.
I hope this designation will increase public awareness and appreciation for the history of the women’s suffrage movement.
You Might Like

School leaders’ tough job  is more difficult than ever

BY BRANDON SHIELDS JACKSON SUN Local leaders deserve at least a little bit of respect for sitting in the seat... read more