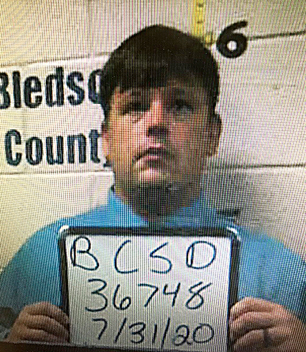 BLEDSOE COUNTY— A joint investigation by Special Agents with the Tennessee Bureau of Investigation and detectives with the Bledsoe County Sheriff’s Department has resulted in the indictment and arrest of a Pikeville man on multiple sexual offense charges.
In September 2019, at the request of 12th District Attorney General J. Michael Taylor, TBI Special Agents joined the Bledsoe County Sheriff’s Department in investigating allegations of sexual misconduct against female employees of the Bledsoe County Emergency Medical Service. During the course of the investigation, Agents developed information that indicated then-EMS Director William Angel was responsible for the sexual assault of female employees, from April 2017 through September 2019.
On July 27, the Bledsoe County grand jury returned indictments charging William Allen Angel, 29, with five counts of rape, one count of attempted rape, and 11 counts of sexual battery. Angel was arrested on July 31 and booked into the Bledsoe County Jail. He was released after posting a $300,000 bond.
You Might Like

ADAMSVILLE (AP) — Two Tennessee men were arrested on murder charges in the death of their roommate, who went missing... read more