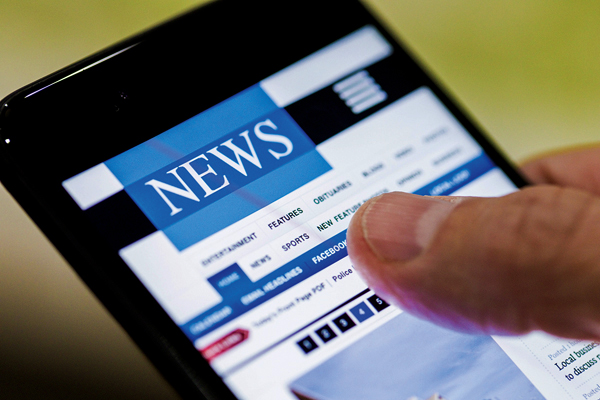 Racist videos bring attention to US House race in Georgia

By BEN NADLER
Associated Press
ATLANTA (AP) — A woman who’s been blasted for racist videos and adamant support for the QAnon conspiracy theory faces a neurosurgeon who campaigned on his experience to improve the health care system in Tuesday’s Republican primary runoff for an open U.S. House seat representing northwest Georgia.
The race could indicate just how far candidates are able to push the limits of political rhetoric in the age of President Donald Trump before risking backlash from voters.
Businesswoman Marjorie Taylor Greene has received national attention for a series of videos and social media posts where she expresses racist views and support for the far-right conspiracy theory QAnon. That’s led some Republican officials to condemn her campaign and raised opponent John Cowan’s profile.
Both Cowan and Greene have positioned themselves as staunch supporters of Trump, pushing anti-abortion, pro-gun and pro-border wall messages. But while Cowan has taken a more traditional approach to his campaign, Greene has found a loyal following — and controversy — online with a continuous flow of video chats and social posts.
Greene led in the initial June 9 Republican primary by a wide margin but failed to secure enough votes to win the nomination outright.
Soon after that race, a series of videos were unearthed in which Greene expresses racist, anti-Semitic and anti-Muslim views. In the videos, she complains of an “Islamic invasion” into government offices, claims Black and Hispanic men are held back by “gangs and dealing drugs,” and pushes an anti-Semitic conspiracy theory that billionaire philanthropist George Soros, who is Jewish, collaborated with the Nazis.
Greene also is part of a growing list of candidates who have expressed support for QAnon, a U.S. conspiracy theory popular among some Trump supporters.
She has responded to criticism of her rhetoric by blasting “the fake news media” and “the DC swamp.”
Cowan has strongly pushed back on Greene’s comments, saying in a recent interview that she “deserves her own Youtube channel, and not a seat in Congress.”
He says he’d use his experience as a doctor to improve the health care system and he’d push to repeal the Affordable Care Act, though he supports keeping protections for preexisting conditions.
Greene has in turn attacked Cowan as not being sufficiently conservative, branding him a RINO, a derisive acronym that stands for Republican In Name Only.
Georgia’s 14th Congressional District stretches from the outskirts of metro Atlanta to the largely rural northwest corner of the state.
The winner of Tuesday’s runoff will face Democrat Kevin Van Ausdal in November. Republican Rep. Tom Graves, who did not seek reelection, last won the seat with over 76% of the vote in 2018.
You Might Like