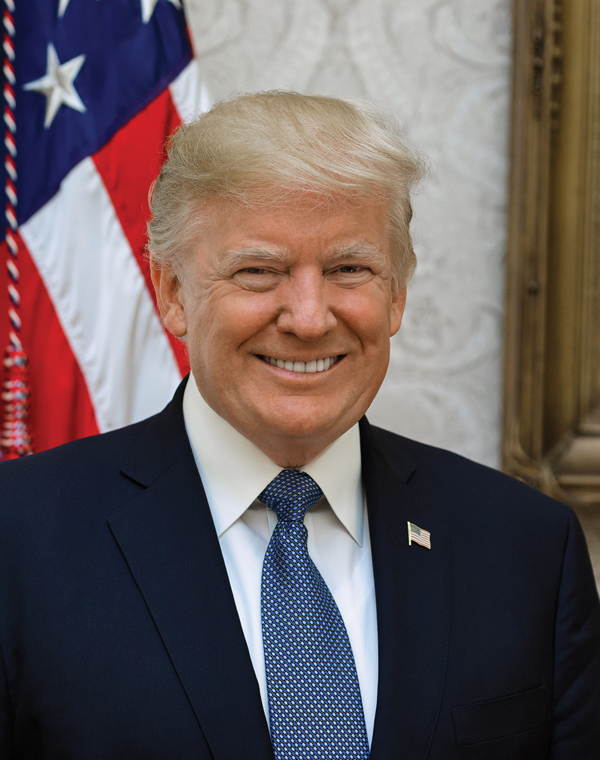 Trump has a go-to solution, and it’s more Trump

WASHINGTON (AP) — President Donald Trump has a ready solution for almost any crisis: more Donald Trump.
In a template forged in his 2016 convention speech when he declared that “I alone can fix it,” the president has repeatedly put himself forth as the answer, injecting himself into controversies and refusing to cede the spotlight. And that has only accelerated as he barrels toward Election Day.
He resumed the coronavirus task force briefings and, against the advice of some aides, sidelined the public health officials in favor of standing solo on stage. He has bet heavily that his one-on-one debates with Joe Biden will be his best chance to overcome his deficit in the polls.
Hustled to safety Monday by a Secret Service agent after a shooting just outside the White House gates, Trump reappeared at the podium minutes later and said, “I didn’t even think about not coming back.”
After initially staying on the fringes of stalled negotiations, he put himself at the center of the latest coronavirus economic relief effort by signing a series of executive actions that, while perhaps of limited legality and effectiveness, were intended to be viewed as a decisive action. He added that he was but a phone call away if House Speaker Nancy Pelosi wanted to talk.
“Part of the strategy is to suck out all of the oxygen in the room,” said Michael Steele, the former Republican National Committee chair and Trump critic, adding: “The substance of the thing is not always the thing that matters. What matters is how the spotlight is hitting my forehead.”
Like no president before him, Trump fixates on his media coverage, intent on not just winning a news cycle but winning any single moment’s social media headline or cable news chyron, according to three current or former campaign officials not authorized to publicly discuss private conversations.
That emphasis on tactics rather than strategy, gunning for a short-term win without consideration that it could also lead to long-term trouble, has allowed the Republican president to survive threats that imperiled his presidency but also may have contributed to the polling slide that began soon after the coronavirus pandemic reached American shores.
For a moment, Trump seemed willing to let someone be the face of coronavirus response. Vice President Mike Pence chaired the task force and was poised to lead the briefings that would educate the public on the deadly virus.
But as the pandemic rattled Wall Street for the first time in late February, the president, just hours after returning from a trip to India, took the podium and didn’t relinquish it for nearly two months. In the weeks that followed, as the news conferences grew increasingly scattershot, aides saw Trump’s standing slide and the briefings were curtailed soon after the president mused about injecting disinfectant.
A new White House press secretary, Kayleigh McEnany, was brought in to revive press briefings. Yet Trump never relinquished idea of holding his own news conferences, complaining to aides that he missed the strong ratings the briefings generated on television. Congressional allies and White House aides alike counseled the president to let Pence or the public health professionals like Dr. Deborah Birx lead the briefings and, potentially, be the bearers of bad virus news.
But Trump refused, resuscitating the news conferences last month, taking the stage alone, in his favored late afternoon time slot. Always believing he is his own best spokesman, he has begun briefing on days when McEnany also does, relegating her news conferences to those of an opening act.
Trump told aides that he would keep his briefings shorter and do better at sticking to his talking points, largely eschewing fights with journalists in hopes of projecting a better command of the pandemic, which aides believe will be essential to victory in November.
“It’s all tactics, not strategy,” said Republican strategist Alex Conant. “Trump’s background is in TV. In TV, when the camera’s not pointed on you, you’re not relevant. His strategy has always been to keep the cameras pointed at him all the time.”
As the campaign enters a more urgent phase, Trump has emphasized the importance of a few upcoming set pieces where, alone under the spotlight, he has told aides he can turn the race around.
First, his upcoming convention speech, which he teased Monday would either be delivered at the White House or the Civil War battlefield in Gettysburg, Pennsylvania. And then a series of debates with Biden.
“The American people elected Donald Trump because they saw an outsider, successful businessman, and problem solver who could get things done and fight for them,” said White House spokesman Judd Deere.
Three and a half years in office, a degree of the president’s ability to command attention has worn off; some of his tweets that once would have turned Washington upside-down now pass without much reaction. Cable news stations cut away from his briefings. There have been moments when the president has taken a back seat, as during periods of the pandemic when he placed the onus for the response on the states. But they rarely last.
From his days as a New York tabloid star, Trump has long believed in the power of a headline, even if not always good.
He has dominated the 2020 campaign, but somewhat to his detriment. The race to this point, instead of a choice between candidates, has largely been a referendum on his handling of the coronavirus outbreak.
“Donald Trump’s presidency has never been about making Americans’ lives better, a tragic truth he proved yet again this weekend by creating the illusion of leadership with executive orders that will only gin up more chaos and fail to meaningfully address the public health and economic crisis plaguing families across the country,” said Biden spokesman TJ Ducklo, who added that “this president is engineering ways to take credit instead of implementing a real national response to this pandemic.”
You Might Like

Elizabethton schools opened this week for the new year. Carter County schools are doing virtual learning for the time being.... read more