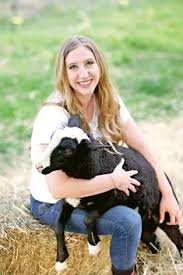 Demo Congressional candidate will focus on jobs and the economy

Blair Walsingham, Democratic Congressional nominee in Tennessee’s 1st District, has released her plan for jobs and the economy. Calling it, “Investing in the People of East Tennessee,” Walsingham says that she is focused on building a workforce capable of high paying jobs, including next generation farming and expansion of roads, bridges and broadband.
Walsingham says that the recent debate over outsourcing of jobs by the Tennessee Valley Authority highlights the need to focus on education and building stronger partnerships between local business and job training. “The TVA backed down from outsourcing jobs to Europe, but they are still talking about bringing in workers from outside the district,” she says.
Recent news that a Facebook office is opening in Hamilton County underscores the importance of broadband in securing economic development. Walsingham says that when she read that over 200 jobs would be created, and that Hamilton County was selected because it had strong infrastructure to support the business, it reinforced her determination to work for the people of the counties within the 1st District. “Expanding broadband access has become a tired campaign promise. We are still waiting here in East Tennessee while other counties far more prosperous than we are, are benefitting from opportunities that we desperately need,” says Walsingham.
According to M.I.T. the median wage in Tennessee is barely above the Living Wage, leaving many in Tennessee, the candidate says, on “the brink of financial ruin,” and Walsingham proposes that while economic development in the district did lower unemployment pre-COVID, “our families all still just scraping by, despite high corporate profits thanks to tax breaks we paid for.”
Eradicating poverty is one of the Democratic nominee’s priorities. Tennessee has the 10th highest rate of poverty in the nation, with many of the counties suffering the highest rates located in the 1st District.
Walsingham says that her plan for jobs and the economy will make a real difference.
You Might Like