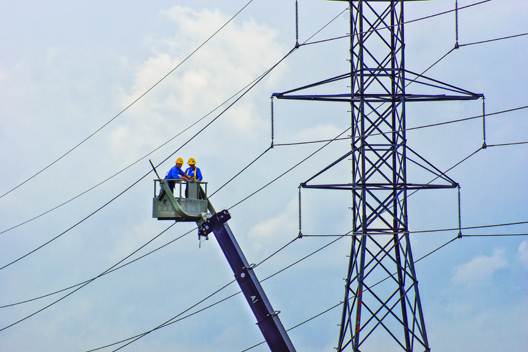 By ADRIAN SAINZ
Associated Press
MEMPHIS (AP) — Environmental groups are suing the Tennessee Valley Authority over long-term partnership agreements signed by local power companies that receive electricity generated by the nation’s largest public utility.
A lawsuit filed in Memphis federal court Monday claims the 20-year deals signed by more than 130 companies lock the power distributors into exclusive, “never-ending” contracts with the TVA and “will forever deprive distributors and ratepayers the opportunity to renegotiate with TVA to obtain cheaper, cleaner electricity,” the Southern Environmental Law Center said in a statement.
Protect Our Aquifer, Energy Alabama and Appalachian Voices also allege the deals hurt the ability of local power companies to use renewable power from sources outside the TVA.
TVA is the nation’s largest public utility, providing power to more than 10 million people in parts of Tennessee, Alabama, Georgia, Kentucky, Mississippi, North Carolina and Virginia.
TVA spokesman Scott Brooks said 141 of 153 local power companies have agreed to the deals voluntarily.
“Nobody is being forced to sign up for anything,” Brooks said Tuesday. “All the local power companies have a choice whether they want to sign up for this long-term partnership.”
TVA President and CEO Jeff Lyash said during a Board of Directors meeting in November that the deals carry a 3.1% monthly rebate on wholesale power rates. Lyash said the local companies could pass on those savings to their customers, invest in infrastructure and give companies flexibility to receive some of their power through locally sourced options.
The deals replace existing agreements of varying lengths, or follow expiring ones. Contracts require a 20-year notice to terminate, and they renew automatically each year, the plaintiff’s lawyers said.
TVA officials say many smaller utilities have agreed, as have larger ones, including Nashville Electric Service.
But TVA’s biggest customer, Memphis, Light, Gas & Water, has not signed a long-term deal. The Memphis utility is exploring other power generation options, including alternate suppliers. Memphis has been a TVA customer for 85 years and represents about 10% of TVA’s revenue, Lyash has said.
The suit also alleges that the contracts could have significant effects on the environment, “including influencing TVA’s decisions to invest in energy resources, increasing greenhouse gases and other pollution, and increasing water usage across the Tennessee Valley,” the statement said.
MLG&W plans a Wednesday meeting to discuss the TVA decision. A consultant report says the Memphis power company could save as much as $122 million per year by joining the MISO transmission system, which delivers power across 15 U.S. states and the Canadian province of Manitoba.
However, the TVA option provides a “somewhat higher level of reliability,” the Siemens Industry Inc. report said.
You Might Like

Dems put divides aside, rally behind Biden at convention