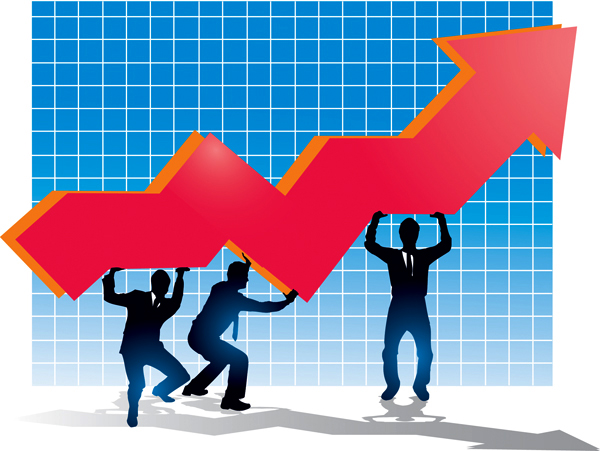 By STAN CHOE
AP Business Writer
NEW YORK (AP) — Stocks are stalling on Wall Street in early trading on Wednesday, holding close to their record highs.
The S&P 500 was up 0.1%, even though most stocks in the index were lower, a day after squeaking out its fourth straight gain. The Dow Jones Industrial Average was down 29 points, or 0.1%, at 28,218, as of 9:53 a.m. Eastern time, and the Nasdaq composite was up 0.4%.
The S&P 500 has returned to a record high, and its movements have remained almost relentlessly upward in recent weeks, but momentum has regressed. Recent data reports have shown a mixed picture on the economy, where activity has largely slowed following its quick, initial rebound from its plummet into recession.
The latest report, released by the Commerce Department Wednesday morning, showed that orders for transportation equipment, computers and other long-lasting goods jumped more in July from June than economists expected. One closely watched number in the report, which gives an indication of business investment plans, slowed to 1.9% growth in July from 4.3% in June.
“Depending on your point of view, data and developments may be encouraging or gloomy,” Hayaki Narita, of the Asia & Oceania Treasury Department at Mizuho Bank, said of recent economic reports.
Much of the market’s attention is focused on Thursday, when the Federal Reserve’s chair will give a highly anticipated speech on monetary policy. Jerome Powell will be speaking as part of the Fed’s annual economic symposium, which is usually held in Jackson Hole, Wyo., where past Fed officials have made big market-moving announcements.
Many investors expect Powell to talk about inflation, as well as the importance of Congress delivering more aid for the economy after much of its last round of stimulus expired. Many investors are still assuming Congress will eventually reach a deal on such aid, but partisan disagreements have prevented one so far.
The Fed has been one of the primary reasons for the stock market’s return to a record, after it pledged to keep short-term interest rates at their record low and to continue to buy bonds to support the economy.
The yield on the 10-year Treasury rose to 0.70% from 0.68% late Tuesday. It’s been climbing in recent weeks, up from 0.53% at the end of July, and it tends to move with investors’ expectations for the economy and inflation.
If yields move high enough, it could rattle the stock market because higher rates can draw investors back into bonds and away from stocks. The recent ultra-low rates have helped technology and other high-growth stocks in particular. But analysts say the 10-year Treasury yield would need to get closer to 1% to drive real concerns.
The latest tech stock to be minted a blue chip surged 20% after giving a profit report for its latest quarter that Wall Street analysts called “stupendous” and “a masterpiece.” Salesforce.com will join the Dow Jones Industrial Average when trading begins on Monday, replacing Exxon Mobil in the measure of 30 blue-chip stocks.
In European stock markets, the German DAX returned 0.4%, and the French CAC 40 rose 0.4%. The FTSE 100 in London dipped 0.1%.
Asian markets made mostly modest moves. Japan’s Nikkei 225 and Hong Kong’s Hang Seng indexes were virtually flat, and South Korea’s Kospi added 0.1%. Stocks in Shanghai fell 1.3%.
Benchmark U.S. crude oil rose 0.4% to $43.54 per barrel. Brent crude, the international standard, ticked up 0.1% to $46.36. Oil has been ticking higher as Hurricane Laura barrels toward the U.S. Gulf Coast, potentially putting energy production at risk.
After jumping 8.7% in the last two days, wholesale gasoline for delivery in September slumped 4.4% to $1.33 per gallon.
You Might Like