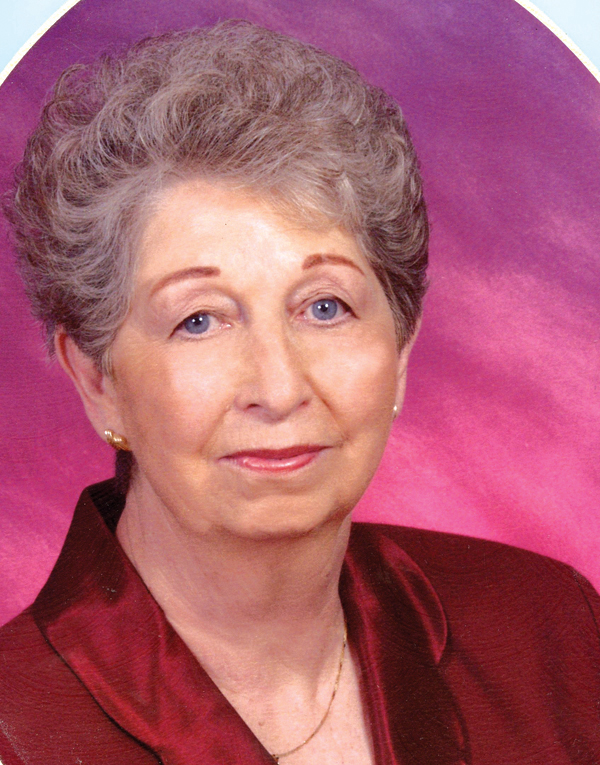 A Life Lived: Phyllis Townsend’s love for family and God made her special

It has been said that beauty isn’t about having a pretty face, it’s about having a pretty mind, a pretty heart, and most importantly, a beautiful soul.
That pretty much defined Phyllis Townsend, who died August 24, leaving behind two daughters, Debbie Street and Teresa Crain, and their families.
Debbie described her mother as a “God-fearing woman,” who took her daughters to church every Sunday, and taught them the beauty of being faithful to their families and serving God.
“My mother always put everyone else’s need before her own. She was a woman of strong faith and unwavering love for her family. She gave a lot of time not only to her family, but to her church at Hunter United Methodist Church,” said Debbie.
At Hunter U-M she served as a trustee and communion steward, and among her favorite activities was preparing meals for the Men’s Singing Group. “Each Thursday night, the men of the parish had a singing group, and many of them brought a covered dish, and after singing, they enjoyed a meal together. While they were singing, Mom would get the meal ready, and sometimes would cook for them. They especially loved it when she made soup beans and cornbread. There were no leftovers when she cooked beans,” Debbie shared.
Another favorite church activity was jelly-making. Debbie explained that the women of the church made different kinds of jellies and jams, which the women’s group sold as a money-making project. “They made strawberry jam, sometimes, peach and blackberry preserves. They were a fun group of people and enjoyed not only worshiping together, but doing things together,” said Debbie.
Phyllis along with Nyoka Holder decorated the church for the various holidays and seasons. “She loved her church and gave a lot of time to it,” her daughter said.
Aside from church, Phyllis enjoyed her family and each Sunday welcomed them to Sunday dinner. “For as long as I can remember, we went to her house for Sunday dinner. She was a good cook. I especially liked her mashed potatoes, fried chicken. Sunday dinner was like a buffet lunch and Mom made sure she had one favorite food of everyone. She loved to cook and she made Sunday dinner special for all of us,” said Debbie.
To many she was known as the “gravy lady.”
“She made the best gravy, and when she worked at Super Food on Stoney Creek, she did breakfast, and everyone loved her gravy. That’s where she got the name ‘gravy lady,’” Debbie explained.
In her earlier years, she had worked at ITT North Electric in Gray as an inspector.
Debbie shared that her mother enjoyed sewing, and still had a sewing machine. “Although my sister and I never learned  to sew, Mom was teaching a couple of her granddaughters to sew,” Debbie said.
“In her earlier years, she and my dad enjoyed visiting Williamsburg, Va., usually in the fall. Also, she enjoyed raising flowers and working in the yard. She was a very down-to-earth person, who enjoyed people. At the funeral home, both my sister and I were amazed at how many people mentioned my mother’s smile. It was as though it was a part of her everyday attire,” said Debbie.
She also noted that her associate pastor, Mike Berry, shared that when he came to Hunter U-M, Phyllis made him feel most welcome and at home.
He shared that following one of his messages, Phyllis came up to him and asked: “Did you not hear my cell phone while you were preaching? It said ‘Message Received,’ but you kept on preaching.”
It ended her funeral service on a cheerful note and with a smile from everyone.
To be sure, Phyllis Townsend’s beauty was reflected in her love for others, especially, family, friends, and church. What she did and how she lived, she did from love, not for love.
You Might Like