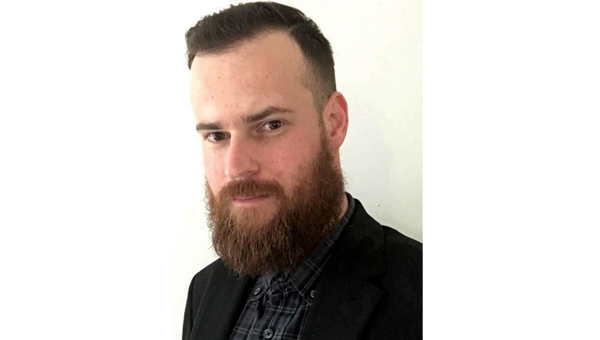 Contributed content Harrell said he wants to be a voice for the people.

Bernie Sanders helped influence one Elizabethton native to run for office.
Bobby Harrell was a conservative republican until the most recent campaign for presidency by Sanders.
“The things he was saying kind of made me want to get more involved in politics and got me to go around and speak with more groups of people,” he explained.
Harrell worked in various manufacturing jobs around Elizabethton for years and as a guard at the Northeast Correctional Complex in Mountain City prior to his current work for the City of Elizabethton’s Street Department.
In addition to his work, Harrell is now running for the Tennessee State Representative in District 4, challenging incumbent John Holtsclaw Jr. in the Nov. 3 election.
Harrell said Sanders “lit a spark” that made him want to run for office.
“I was definitely inspired by a lot of the things he was saying,” said Harrell. “Up until then, politics seemed kind of stale and didn’t seem like something the everyday person could be involved with.”
Harrell began reading books by Sanders, some of which discussed how big issues affect the lives of everyday people. He then began speaking with different groups of people, from black to LGBTQ to blue collar in general. He heard what they wanted to have done, and did not see any political leaders doing these things. His final feeling was that people were being ignored and he wanted to help.
One of the first things in his campaign Harrell focuses on is aspects like a Participatory Democracy.
“I want everyone to be able to have a vote and everyone to be involved in the political process every step of the way,” he explained.
To describe this, he explained a scenario in which he is already elected and wants to introduce a bill. He would hold a township meeting and tell the public about this bill, and allow the public to make suggestions, etc.
Another aspect he focuses on is being pro-union.
“I’m big on improving working conditions, helping establish unions across the state, helping raise the minimum wage,” he explained.
Harrell is also a fan of the Green New Deal.
“I feel like there’s a lot we could do agricultural wise, I think there’s a lot of programs we could fund,” he said.
Two additional aspects that Harrell supports are mail-in ballots and police reform. Harrell explained that he feels people should vote however they feel comfortable. On the aspect of police, he supports reallocation of funds in ways he believes better serve the community.
In terms of funding, he explained instances in which police presence may be wasting resources such as responding to nonviolent disputes that could instead be moderated by counselors, as well as fighting marijuana, which he supports the legalization of. Harrell also opposes militarizing police, as such equipment he said is hardly used in this area.
On why people should vote for him, he said he wants to be a candidate that speaks for the people.
“I’m trying to be a candidate who gives them a podium to speak on, and takes what they say to heart,” he said. “I’m not a professional politician, I’m trying to be educated by the people.”
For more information on Harrell, check out his Facebook page at Bobby Harrell for Tennessee State House.
You Might Like

Ballad Health spoke against misrepresentations with COVID-19 during their weekly media briefing on Wednesday.  The discussion on misconceptions follows a... read more