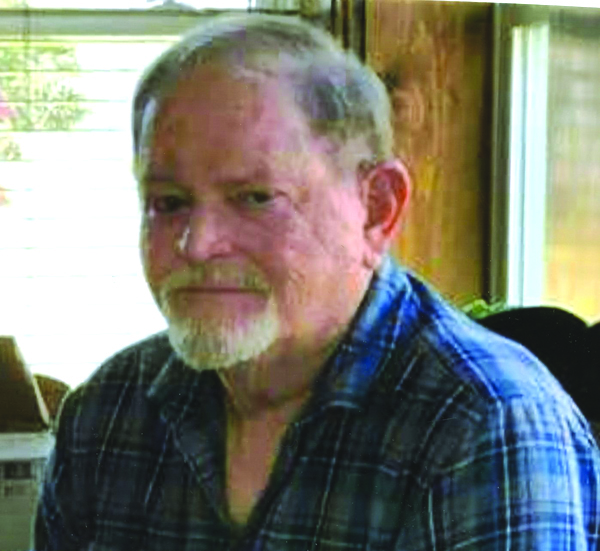 A Life Lived: Eddie Deloach enjoyed the simple things in life, was devoted friend to many

By Rozella Hardin
Editorial Director
rozella.hardin@elizabethton.com
Eddie Albert Deloach didn’t make a lot of noise in his lifetime. His name was never in the headlines. He never held any high-paying jobs nor had any college degrees or titles. He was just a simple man, who enjoyed life and family, worked hard, and did what he could to help his neighbors and community.
Eddie died Sept. 3 at the age of 71. He and his wife, Kathy, had been married 48 years and they had two daughters, Holly and Kelly, in addition to two grandchildren, and a great-grandson.
Eddie was well-known in the Hampton community, where he had lived all his life. He was a 1967 graduate of Hampton High School, where he played football. During those school years Eddie made some life-long friends, among them Larry Shoun, who preceded him in death, and David Horton. “He never missed a class reunion. He enjoyed getting together with his former classmates,” said Kathy. Many of his classmates sent notes of condolences, noting his quiet personality, and memories of their school days.
She shared that Eddie’s graduating class each year gave a $500 scholarship to a student attending college. “He always contributed to that and at times helped with choosing the person to receive it,” Eddie’s wife added.
Eddie was a person who gave to his community, serving as a volunteer fireman many years with the Hampton Volunteer Fire Department. “He was very involved with the re-location and building of the new fire department at its present site. When he wasn’t at work, he was at the fire department. It would be mealtime and we would be eating, and he would get a fire call, and off he would go. He would be sleeping and he would get a fire call and off he would go. He was very devoted to the fire department,” said Kathy.
“He helped raised money for the new fire department, helped with the actual building of it. For years he was very active in the department,” Kathy shared. “We hardly seen him between his work and the fire department, but it was something Eddie enjoyed doing.
“He was with the fire department when we were dating. It was a way Eddie gave back to the community, and those firemen were his life-long friends,” Kathy said.
When Eddie wasn’t at the fire department, he could be found at work at Snap-on Tools in Johnson City, where he worked for 24 years. He retired before the plant closed in 2008.
When Eddie wasn’t working or at the fire department, he enjoyed restoring old cars. “If it had a motor and a wheel, Eddie liked it,” Kathy said with laughter, noting that he had restored at least four or five cars. “He had an El Camino that he restored. He kept it for about 11 years, selling it just two or three weeks before his death. In the past he enjoyed taking it to the car shows in Elizabethton. He did that up until about two or three years ago. He enjoyed looking at the older cars,” Kathy shared.
Eddie’s wife described him as a “simple man, who enjoyed his family, work, and friends. “He didn’t care for fancy things or going on vacations. If he had one or two pairs of shoes he was happy. We did a lot of one-day trips. Some of the places we visited he read about in Car Magazine or the Blue Ridge Magazine,” she said. “He especially enjoyed visiting the Blue Ridge Parkway, and one of our last trips was to Floyd, W.Va. We had also visited Cumberland, Ky. They were mostly quiet and quaint little towns, but were appealing.”
Eddie also enjoyed camping, especially with a group of friends, who made it a Labor Day ritual to go camping in the Virginia Highlands. In his earlier years, he enjoyed trail bike riding.
Eddie was also close to his church family at Evergreen Free Will Baptist. When there was something to do at the church, he always showed up to work, a friend said.
Kathy, who probably knew her husband better than anyone, summed him up this way: “He was a quiet person, kind and good. He was a great husband and father. Eddie loved his community and was a friend to so many. He left us with so many wonderful memories.”
A lifelong friend, David Horton said. “He was a heck of a friend. He was a true friend, loyal friend, and he was a friend for life.”
You Might Like

The Old Ways – The Signs Part 1

We are living in a modern age that is moving faster than I can keep up. Technology, such as smartphones,... read more