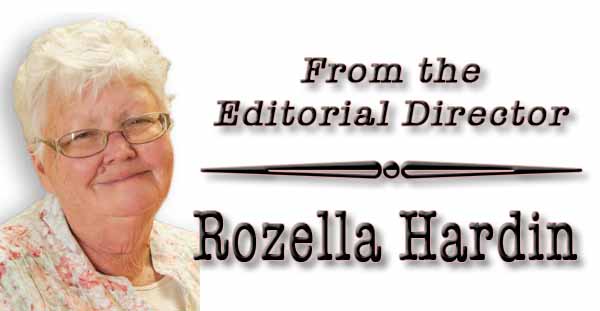 By ROZELLA HARDIN
Editorial Director
For those of who were old enough to remember, it’s hard to believe that the September 11 attacks were 19 years ago. But for the youth of our nation, the anniversary doesn’t mean so much.
To them, it’s a history lesson. They are more apt to remember the civil unrest in our society, the riots and protests of 2020, and the coronavirus and how it has changed our lives, especially school.
While there is no doubt that the coronavirus has created fear and a degree of chaos, and taken the lives of almost 200,000 people, it doesn’t compare with the impact of 9/11. That day struck terror in the hearts of America and around the world.
The wars in Afghanistan and Iraq that followed destabilized the Middle East, causing a wave of refugees that flooded neighboring countries and Europe. There still is unrest in that part of the world.
In the United States, the attacks created mass anxiety and overwhelming fear. We became a nation obsessed with good versus evil. Osama bin Laden became a known name as did weapons of mass destruction, never-ending war, and economic catastrophe.
However, we also remember that the nation at that time embraced a wave of patriotism that poured out of American hearts and inspired many young men and women to enter the military. They fought in Afghanistan and Iraq. Many lost their lives; some came home physically or psychologically maimed.
Those who were too young to remember or were born after the attacks do not know how 9/11 has continued to impact the world. They have no emotional connection to an event that, to them, might as well be Pearl Harbor. It’s merely history, and few of them have been taught anything about Sept. 11, still the most imposing event of the 21st century.
Most who do remember, remember well where they were that day. They remember the days that followed and being glued to their TVs, as events unfolded at the Twin Towers in New York City were firemen and other rescue workers dug though the rubble for bodies, hoping for survivors. They remember a burning plane wreckage in Pennsylvania, which terrorists took down, and the Pentagon, where another plane hijacked by terrorists attacked.
For several days the skies overhead were silent as planes were grounded. It was an eerie feeling, like none other.
Some friends and I visited New York City, post 9/11. We visited Ground Zero. Most visitors stood in silence as they looked at the hallowed site, where so many perished. The site was still being cleaned of debris, and a makeshift iron cross marked the workplace which temporarily became a burial site for so many.
That was America 19 years ago. Today, we are dealing with unrest in our streets, another crashed economy and partisan gridlock, and many at home and abroad have wondered what has happened to the United States. At the same time we are dealing with a pandemic, that some refuse to accept, calling it a hoax despite the thousands of people who have died from it, and thousands others who have been sickened by it. COVID-19 has disrupted our nation as never before — social distancing, the wearing of masks. Everyday testing and sanitizing are taking precedent over most other things. Many meetings, even schooling, is virtual in many instances. Nursing home residents are locked down — no visitors. Hospital visits are limited to one visitor. Never have we seen a time when the most vulnerable people were isolated from their loved ones.
Football season has begun, but with only a limited amount of fans in the stands. It’s true of most sporting events.
Restaurants remain closed or have limited seating. Many are still drive-through only. If you go to the grocery store or Wal-Mart, you must wear a mask.
Much like 9/11, we live in a changing world — one that has divided us instead of bringing us together. Never can we remember when we were so divided as a nation, when we were fighting for equal rights instead of for one another, when we had a congress, who was more intent on meeting its needs or an ideology rather than serving the electorate.
For those of us who do remember 9/11, we must never forget that our freedom was attacked that day, and it has been under attack ever since. We must never forget the long extinguished fires of Ground Zero and the Twin Towers that crumbled to the ground almost two decades ago. We must never forget. Yet, at the same time we must move ahead, keeping in mind that there is a lot of work to be done. We must strive to become one again and to be united as Americans. We must look at one another’s hearts rather than the color of their skin. We must join hands to rebuild our nation, not tear it down. We must overcome the hatred with kindness.
We can do it. We’ve done it before, and we can do it again, but only if we are willing. We must do as the scriptures admonish us: “In humility value others above yourself…but in lowliness of mind let each esteem others better than himself.”
You Might Like

We’ve said it before, but it bears repeating. The U.S. Postal Service is an organization we can’t afford to be... read more